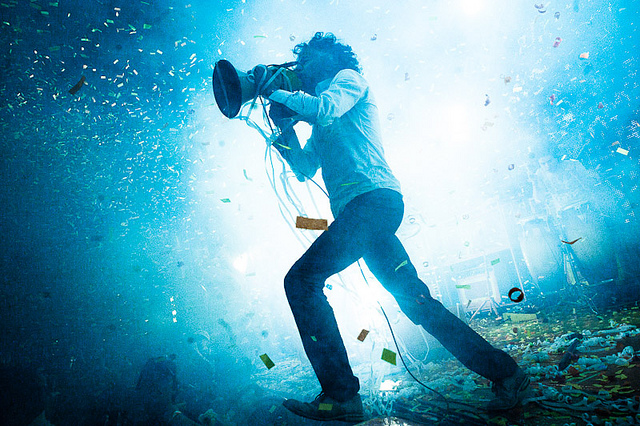 The Flaming Lips recently released a video of their cover of David Bowie’s ‘Space Oddity’. Back in February the band played eight of Bowie’s songs during their set.

The Flaming Lips were also recently part of a David Bowie tribute concert which took place in New York earlier this month. Some of other bands who performed at it were Blondie, Pixies and The Roots.

The band have now released a video showing their own interpretation of David Bowie’s classic track ‘Space Oddity’. Since it’s The Flaming Lips though, the new video is definitely out there to say the least.

The video shows the band performing the song inside of a church with no one in it. Instead of people being in the seats there are a number of balloons tied to each seat.

David Bowie said back in 2012 that The Flaming Lips are one of the American bands that he admires the most. The band are currently touring in the US at the moment but they will be headlining Wilderness Festival 2016, which runs August from 4th-7th  in Oxfordshire, along with Robert Plant and more.

You can watch the video down below of The Flaming Lips’ cover of David Bowie’s ‘Space Oddity’.