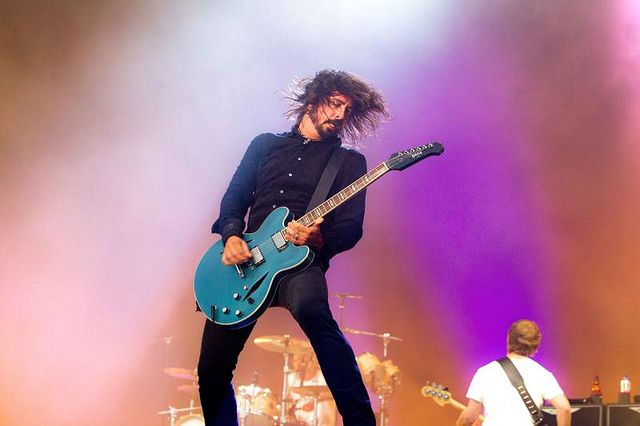 Dave Grohl and Foo Fighters celebrated Record Store Day last month by organising and performing a very small concert in a small independent music shop in in Niles, Ohio, and now they have released official footage from the show.

The video starts with an interview with the owner of the record store Jeff Burke, who opened the tiny store 32 years ago against his father’s intentions – his dad wanted him to open an ice cream store, he said.

The video then cuts to the Foo Fighters rocking out to “White Limo”. The band played a nine-song set last month at Record Connection in Niles, Ohio – which has a population of 20,000. The band takes fans behind the scenes of the concert with this mini-documentary, released onto YouTube and can be viewed below.

The venue is just miles away from frontman Dave Grohl’s hometown of Warren, Ohio. He was the official ambassador for the 2015 Record Store Day event and thought it right to treat fans to an intimate gig.

Foo Fighters headline Slane this month with support from Hoizer, Kaiser Chiefs and The Strypes.