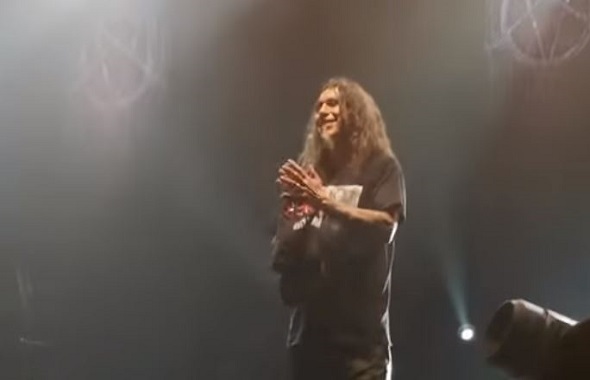 SLAYER played their last-ever concert at The Forum in Inglewood, California on Saturday night (November 30).

The emotional show was the second of two last tour dates dubbed “The Final Campaign”.

At the end of the mammoth setlist, bassist/vocalist Tom Araya spoke to the fans, thanking them for supporting him and his fellow bandmates for nearly forty years.”Thank you. Thank you very much,” he continued:

The setlist for the show was as follows:

SLAYER’s final world tour kicked off on May 10, 2018 with the band’s goal to play as many places as possible, to make it easy for the fans to see one last SLAYER show and say farewell.