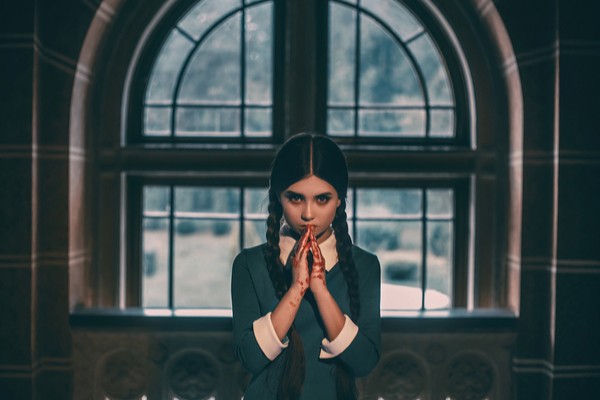 Renowned film director, Tim Burton will direct and executive produce a new live-action series called Wednesday, according to the streaming giant. The show will follow the Addams Family’s death-obsessed daughter, Wednesday Addams, as she “attempts to master her emerging psychic ability”.

Biaselli added that viewers will see Wednesday attempting “to master her emerging psychic ability, thwart a monstrous killing spree that has terrorised the local town and solve the supernatural mystery that embroiled her parents 25 years ago”.

Wednesday is described as a “coming-of-age comedy” based on cartoonist, Charles Addams’ original creation. Known for all things dark and strange, acclaimed filmmaker Burton will direct the show, and it will mark his first directorial project for television.

The show is brought to us by the duo behind Smallville and Into the Badlands, Al Gough and Miles Millar, with the pair serving as producers. No further details about Wednesday have been disclosed, as Netflix has yet to release additional information, including a release date and cast details.

Wednesday was first introduced as a nameless character in Addams’ original 1938 cartoons for the New Yorker. She and the rest of her family, including her father Gomez, and mother Morticia, were given names for the classic 1964 TV series.

In other Netflix news, the life of rapper, Notorious B.I.G/Biggie Smalls is to be examined in a new Netflix documentary called “I Got A Story To Tell”. Check out the trailer here.