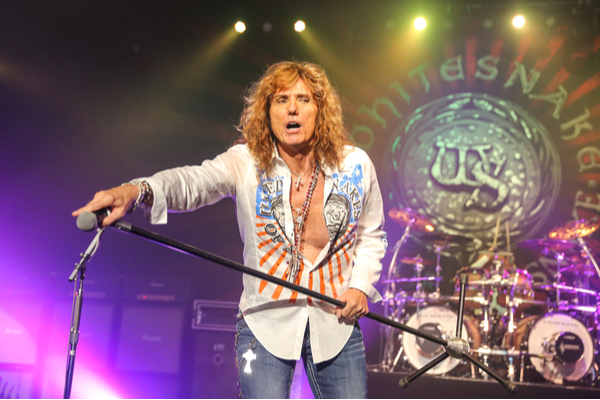 Whitesnake’s David Coverdale has revealed that the band are planning “something special” to coincide with their farewell tour which kicks off next Spring. These farewell dates kick off in Dublin on 10 May 2022.

Speaking to Eamon O’Neill, Coverdale also said that there was little chance of John Sykes making an appearance at all.

“Not for me. I admire John, I wish him well in everything, but it was interesting that we were so successful in writing together, so successful, but as people, we weren’t. There was a constant rub”, he explained.

Whitesnake Tour of “appreciation and gratitude”

Coverale also added, “I have to do this tour of appreciation and gratitude so I can achieve completion. I’m coming up to 50 years of people supporting my work; it’s just extraordinary, it’s a magical life, and, as the song ‘Don’t Fade Away’ says, ‘all in all, it’s been a rocky road,’ but we’ve still got the passion to move forward”.

Coverdale then revealed that he plans to put together “something special” to coincide with this Whitesnake Farewell Tour.

“We have, next year, a very special project for spring which I can’t talk about that’s going to be a nice surprise for people to accompany the world farewell tour”, he said. “When this was signed, sealed, delivered, we said, ‘I don’t think we can just put a box set out. It’s my farewell tour. So we’ve worked on a very special project to accompany the tour. It’s not a box, but it’s a really great project”.

On his relationship with former band mate John Sykes, Coverdale did say that efforts were made to reunite the pair for twenty years.

“A mutual friend put us together in, I think it was ’02 or something like that”, the Whitesnake singer revealed. “and we talked and stuff for a long time and it was lovely, but the more and more I spoke with him, I thought, ‘I feel the same as it was 30-odd years ago, and the last thing I want to do is make a commitment and then be calling my wife from Tokyo, saying, ‘What the fuck did I agree to this for?'”.

He added, “When we lost Jon Lord [DEEP PURPLE keyboardist], I reached out to a lot of people — including Ritchie [Blackmore], god bless him — to bury whatever potential hatchet, and I put out feelers, and it wasn’t particularly positively received, so what I can tell you is I wish everyone well who I’ve worked with, because they all brought something amazing to the party”.