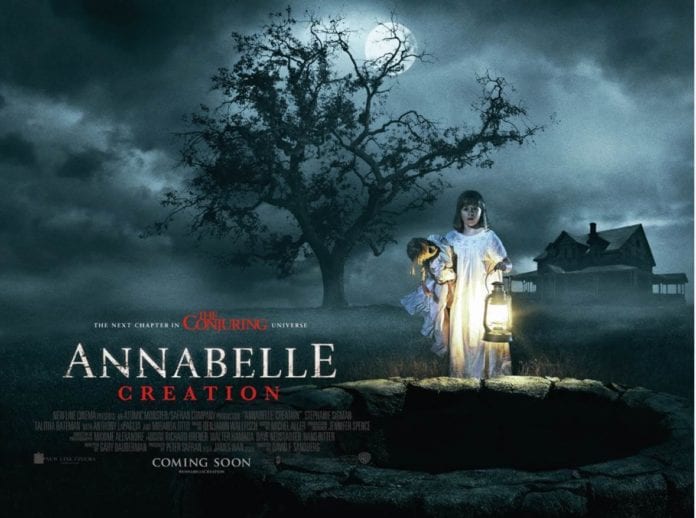 We were first introduced to her by the Warrens in the 2013 global smash hit The Conjuring. She got her own movie in 2014’s Annabelle. Now we finally find out where she came from in Annabelle: Creation!

To celebrate Annabelle: Creation, Warner Bros. Pictures and us at Radio Nova want to send you and three friends to a Special Preview Screening on the 9th of August at 6.30pm in Cineworld Dublin, ahead of it’s release in cinemas on August 11th.

“Can you make Shiv Shiver?” simply click here and tell the lads on Morning Glory: Marty & Siobhain, a scary story to win tickets!

In “Annabelle: Creation,” several years after the tragic death of their little girl, a doll maker and his wife welcome a nun and several girls from a shuttered orphanage into their home.  They soon become the target of the doll maker’s possessed creation, Annabelle.

WIN A HOLIDAY A DAY IN OUR LUCKY DIP TRIP WITH...