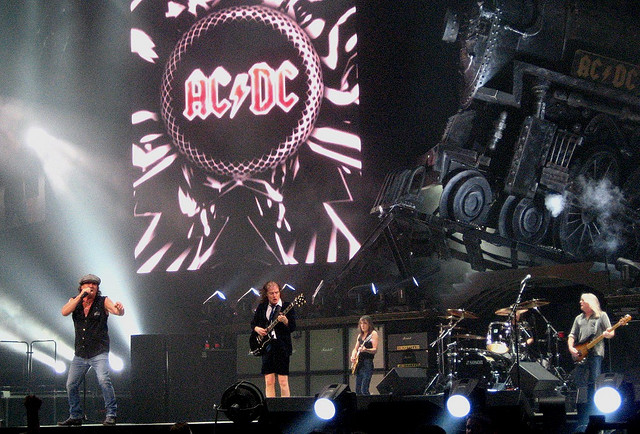 Aussie rockers AC/DC have been confirmed as one of the acts performing at this year’s Grammy Awards.

The announcement was made by the Recording Academy that the rock legends are playing on February 8th. The 57th Annual Grammy Awards take place at the Staples Center in Los Angeles, California.

Rumours had been flying around for the past few weeks about the rock band performing at the event. In a press release it was finally confirmed that AC/DC will rock the Grammy’s stage.

AC/DC recently released the album Rock Or Bust, their first LP since Black Ice released six years ago. They released a very cool promo video for the record, that was shot in Dublin.

The band’s 15th studio album was recorded in Vancouver, Canada. Singer Brian Johnson said, “It was brilliant over there. I’m very excited and we’ve got some great songs.”

The ‘Rock Or Bust’ tour arrives in Europe at the end of June, they’re playing Glasgow’s Hampden Park before the band hits our shores at the beginning of July for one night only.

The group are returning to Ireland for the first time since 2009, when they played Punchestown as part of their ‘Black Ice Tour’.

Controversy has surrounded the band in recent weeks after AC/DC’s drummer Phil Rudd, was arrested for trying to arrange a murder. The charge of attempting to procure the murder of two people has since been withdrawn. However, the two other charges of threats to kill and drug possession still stand.

The Aussie rockers will play the Aviva stadium on July 1st 2015.

Foo Fighters & Brian Johnson Team Up For “Back In Black”...