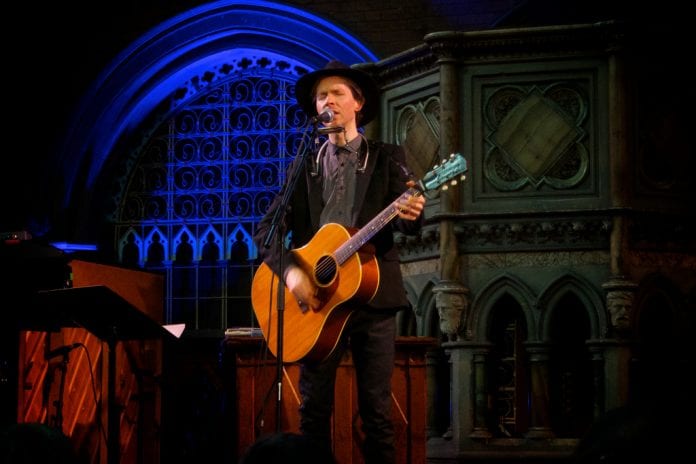 Beck has FINALLY confirmed the name of his new album, along with a release date and an explanation as to why the album has taken so long to release.

Beck has confirmed our previous reports that the upcoming LP will be called ‘Colors’ and is due for release this October.

10 tracks will feature on the upcoming album, which Beck has described as “simple and uplifting and galvanizing, where the spirit moves you, that kind of feeling. Those are the hardest. This new record I focused on that feeling. It’s the easiest to fail at. Or to come off on one hand disingenuous, or on the other hand just trite, or, you know, there’s that fine line between platitude and just the truth. And that fine line between making a big commotion and a bunch of movement and just actual unadulterated joy.”

In a recent interview with Rolling Stone, he said “I suppose the record could have come out a year or two ago. But these are complex songs all trying to do two or three things at once. It’s not retro and not modern. To get everything to sit together so it doesn’t sound like a huge mess was quite an undertaking.”

“I’ve always been doing my thing,” he added. “I feel like more and more I have a sort of open passport where I just go in and go out, away from the eye of the hurricane. It’s interesting.”