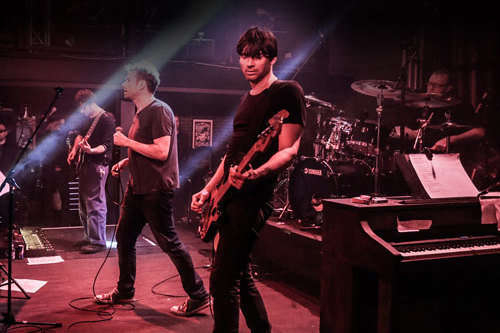 Blur are the final headline act to be announced for the this year’s Isle Of Wight Festival this year, the band will be performing on the Saturday night.

The Isle Of Wight Festival 2015 will take place from June 11th – 14th. Blur join Fleetwood Mac, Pharrell Williams and The Black Keys (if the drummer recovers) as the headline acts for the summer festival.

Speaking about the headline slot, Blur’s guitarist Graham Coxon said: “These summer shows are going to be quite different to the gigs we did a few years back. We’re excited to play the new record live and we’ll have some surprises in store for the fans too.”

Bassist Alex James added: “The British summer is just not complete without a trip to a festival. We’ve never played Isle of Wight Festival before so we’re really looking forward to this one. And we get to take our tour bus on a boat.”

The festival’s promoter John Giddings said: “I’m a huge fan of Blur and have always wanted to bring them to the Isle of Wight Festival so I’m really pleased we’ve finally done it! I know they’re going to blow the crowd away on the Saturday night – see you down the front!”

In February, the Brit-pop kings surprised fans with the announcement of a new album. The upcoming LP titled The Magic Whip will be the band’s first record in twelve years.

Springsteen & Obama To Publish Book Based On Podcast Chats