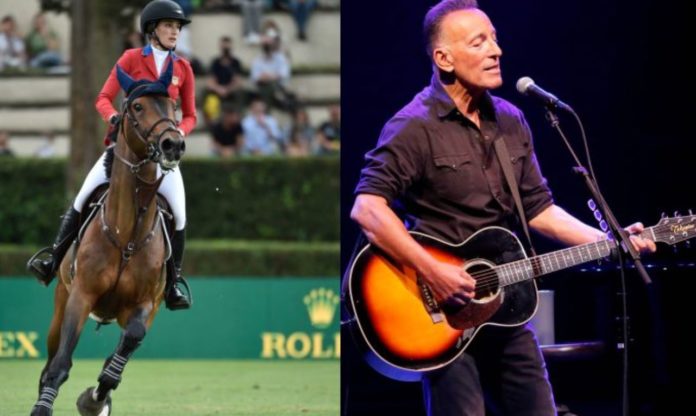 The daughter of Bruce Springsteen and Patti Scialfa has qualified for the US Equestrian Olympic Team.

Jessica Springsteen and her horse Don Juan will be heading to Tokyo for the re-scheduled 2020 Games. The equestrian star began riding aged four at her parent’s colt farm in Colt’s Neck in New Jersey.

She was previously named as an alternate rider for the 2012 games in Great Britain, but did not make the cut in Rio 2016.

“Been dreaming of this since I can remember”

Jessica is ranked 27th in the world rankings.

Reacting to the news of her inclusion in the upcoming games, she posted this on Instagram.

She said that she was “honoured” and that she had “Been dreaming of this since I can remember!”.

She also added, “Honoured to be a part of this team with @laurakraut @teamkpf and @mclainward.official. There’s no horse in the world I’d rather be on this journey with, thank you Don! You’re my horse of a lifetime”.

It was also recently confirmed that Jessica’s father Bruce will headline a special “homecoming” concert at the Great Lawn of New York’s Central Park later this Summer.

The Boss will headline the gig alongside Paul Simon and Jennifer Hudson. It is expected to be scheduled for late August.

“This is going to be one of the greatest Central Park concerts in history” said New York’s Mayor Bill de Blasio.  “This is something for the ages”. More on that report here.

Last month also saw Springsteen kick off the return of his Broadway show. During his first show, he joked about his drink driving arrest last November.

“I didn’t wake up one morning, get on my motorcycle and say, ‘I think I’ll drive to jail”, he joked.

“And then I had to go to Zoom Court!”, he added. “My case was the United States of America vs. Bruce Springsteen. That’s always comfortable to hear, that the entire nation is aligned against you!”.

Check that out and more right here.

During the return of “Springsteen on Broadway”, the singer also spoke about his mother Adele, who has been battling Alzheimer’s Disease. More on that here.

Boyzone Should Have Finished After Stephen Gately Died – Ronan Keating