Home Music News On This Day In Music: Led Zeppelin Appeared At The Bluesville 69... 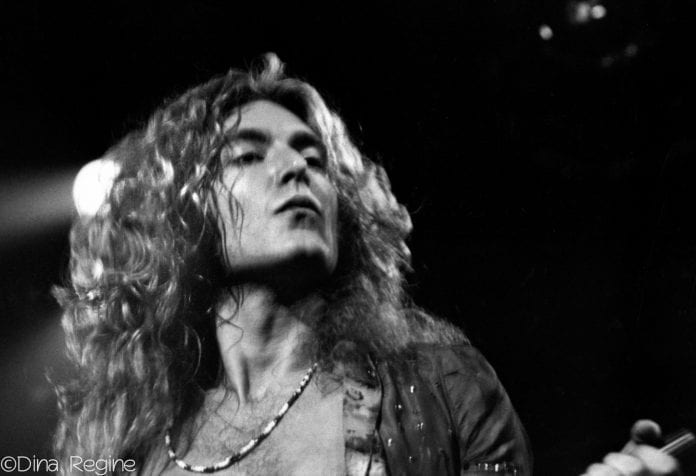 On this day in 1969, Led Zeppelin appeared at the Bluesville 69 Club at the Hornsey Wood Tavern, Finsbury Park, London, England. The tiny venue was a function room at the back of the pub, and was so small that the stage was only just big enough for John Bonham’s drums. The rest of the group had to stand on the floor at the same level as the crowd. It was in stark contrast to the massive arena concerts the band would go on to play.

Page suggested that they attempt “Train Kept A-Rollin”, originally a jump blues song popularised in a rockabilly version by Johnny Burnette, which had been covered by the Yardbirds.

Led Zeppelin of course went on to be widely considered one of the most successful, innovative, and influential bands in the history of rock music.

They achieved eight consecutive UK number-one albums and have collected many honours and awards throughout the course of their career including five Diamond albums and induction into the Rock and Roll Hall of Fame in 1995. Ten years later they received the accolade of a Grammy Lifetime Achievement Award in 2005.

They formed in London in 1968. The group consisted of Guitarist Jimmy Page, singer Robert Plant, bassist and keyboardist John Paul Jones, and drummer John Bonham. The band’s heavy, guitar-driven sound, rooted in blues and psychedelia on their early albums, has earned them recognition as one of the originators of heavy metal, though their unique style drew from a wide variety of influences, including folk music. Heavy metal and hard rock band’s like Black Sabbath, Megadeth, Black Crowes and Deep Purple cite Led Zeppelin as an influence. They’ve also been credited with inspiring alternative rock bands Smashing Pumpkins and Pearl Jam.

Led Zeppelin have also been credited with impacting on the nature of the music business in a magor way, particularly in the development of album-orientated rock (AOR) and stadium rock.

Page wrote most of Led Zeppelin’s music, particularly early in their career, while Plant generally supplied the lyrics. Jones’ keyboard-based compositions later became central to the group’s catalogue, which featured increasing experimentation. Their “eight-minute episodic jaunt”, ‘Stairway to Heaven’ is often rated among the greatest rock songs of all time.

The song “crystallized the essence of the band,” Page said.

On yesterday’s date, 46 years ago, the band appeared at the National Boxing Stadium, Dublin, Ireland, the group’s first show in Dublin, where they played ‘Stairway To Heaven’ live for only the second time!

Zeppelin’s three surviving members, Robert Plant, John Paul Jones and Jimmy Page, were honoured in 2012 by then U.S President Barack Obama at the 35th Annual Kennedy Center Honors Gala in Washington, DC. The English rocker god’s sat down the row from President and Michelle Obama in the balcony, next to the other honorees, all wearing the rainbow-colored sash and medal that had been given at a White House ceremony hours earlier. A night of tributes to the honorees followed, with the Zeppelin tribute, the night’s longest, saved for last.

Various rock stars took to the stage to pay tribute to Zeppelin. The Foo Fighters played “Rock and Roll”; Kid Rock, in gold-sequined cowboy shirt and chaps performed “Babe I’m Gonna Leave You” and “Ramble On”, Lenny Kravitz took “Whole Lotta Love”, and finally, Jason Bonham, son of original drummer John and the drummer for the band’s 2007 reunion show, joined Ann and Nancy Wilson of Heart for a show-ending version of “Stairway to Heaven”.