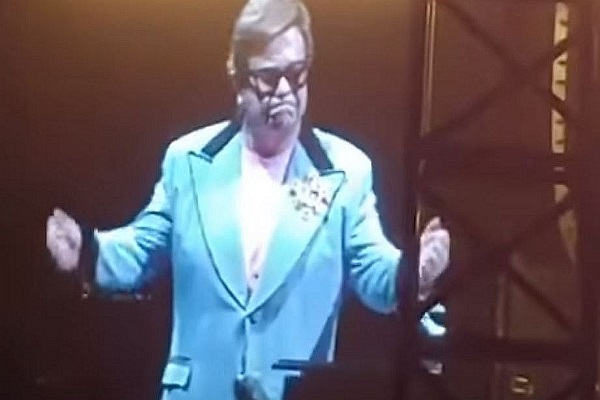 Elton John stood up in the middle of his Auckland show unable to continue due to Illness. After receiving a diagnosis of walking pneumonia earlier in the day, Elton believed he could to it and went on stage.

Eager not to disappoint his fans, Rocketman gave it everything he had, but in the end, had to stop the show in Auckland. However, he did manage to sing a substantial amount of songs on this leg of his Farewell Yellow Brick Road tour.

That was until signs that it was becoming a struggle became evident, his voice started to weaken and he could no longer sing. According to Spin, Elton later wrote this to his fans on Instagram,

“I want to thank everyone who attended tonight’s gig in Auckland. I was diagnosed with walking pneumonia earlier today, but I was determined to give you the best show humanly possible.”

I played and sang my heart out, until my voice could sing no more. I’m disappointed, deeply upset and sorry. I gave it all I had. Thank you so much for your extraordinary support and all the love you showed me during tonight’s performance. I am eternally grateful. Love, Elton xx.”

His next show is scheduled to take place at Auckland’s Mt. Smart Stadium on Tuesday, Feb. 18. Here’s a fan-shot clip of John’s tearful exit from the stage:

Rolling Stones Have No Plans To Sell Their Publishing Says Keith...