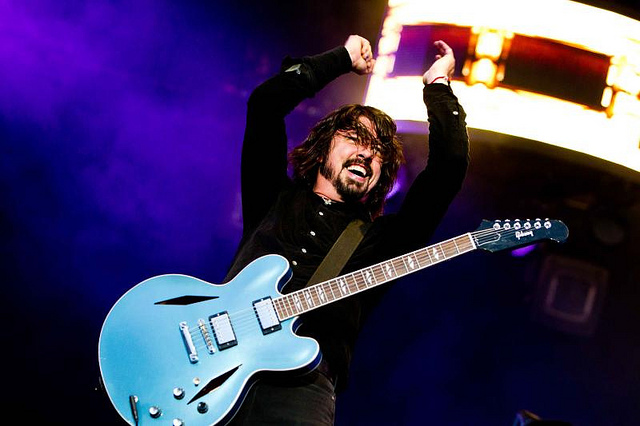 After Dave Grohl broke his leg falling offstage at a gig in Sweden, it appears that the band are to pull out of a number of dates on their European tour. The biggest of these being their two nights at Wembley Stadium and their massive headline gig at Glastonbury.

It was reported on the band’s website, that they had to cancel the remainder of their European tour. The statement read “Due to injuries sustained in Dave Grohl’s fall from the stage during Foo Fighters’ June 12 show at Ullevi Stadium in Gothenburg, Sweden, doctors have required the cancellation of the remainder of the band’s dates in the UK and Europe.”

It remains to be seen what exactly the timeline for his recovery is, with a further statement saying “After undergoing surgery Monday, Dave’s full recuperation time is still to be determined.” An announcement will be made about ticket refunds and further information on June 19th.

Grohl wrote a letter shortly after, apologizing to the fans about the cancellations “The doctors have told us to cancel shows. I’m really so sorry, guys. You know I hate to do it, but I’m afraid it’s just not physically possible for me at the moment. We’re doing our best right now to work out a plan, so bear with us.

Grohl then went onto say “You know we’re good for our word. But for now, I need to make sure we have YEARS of gigs ahead of us”.

The Cranberries Release New Single ‘Wake Me When It’s Over’