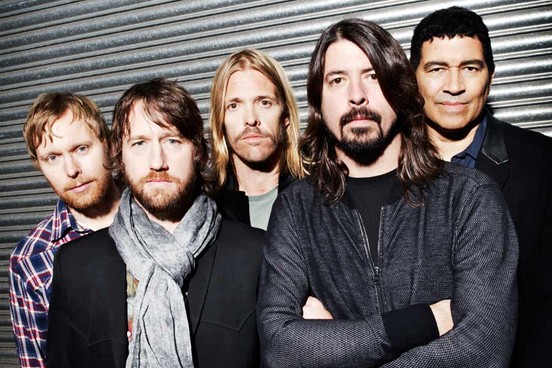 The Foo Fighters have released photos of their recording sessions for their new album.

The band have released the photo’s of the sessions at the Rancho De La Luna in Joshua Tree in California. The photos were posted on Instagram and include lead singer Dave Grohl holding a gun with Pat Smear and Chris Goss of Masters oF Reality also partaking in some gun holding.

Album News
Producer of the new Foo Fighters album Butch Vig has said that the album is “almost halfway done”. He also says that the band are experimenting with some challenging recording techniques to keep the band focused. He has compared the process to that of the 2011 “Wasting Light”. AN album which was made in Dave Grohl’s garage.

In an interview with Kerrang Butch Vig said:
“We’ve been recording at some different locations, but we’re almost halfway done with the recording and it’s going well. It sounds different – we’ve thrown a few things into the mix, in the recording process, that are going to give the record a different sound and a different feel. Its been a challenge, but its also been exciting.”

Tributes Pour In For The Late Les McKeown Of The Bay...