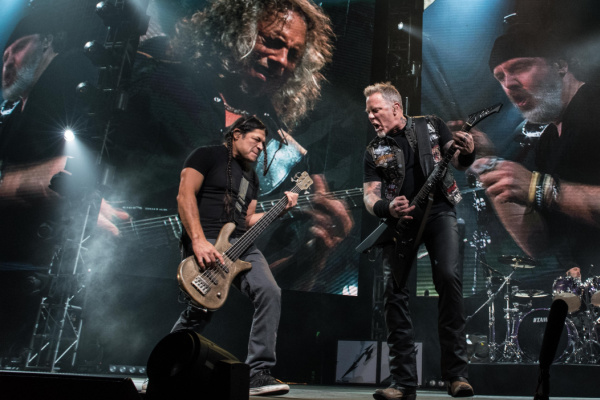 Fortnite lovers will have the chance to to use an emote of Metallica track ‘Master of Puppets’, in reference to Stranger Things character Eddie.

While the emote does not include skins of band members Lars Ulrich, Kirk Hammett, James Hetfield, or Robert Trujillo, it has been reported to have been unlocked by users, according to the official social media channels of Fortnite.

Avatars are used in the game instead, who perform the Metallica track in a suburban setting.

This track which was originally released by Metallica in 1986, has enjoyed a recent resurgence in popularity following its use in the Netflix sci fi hit.

Pull some strings with the Master of Puppets Emote with music by @Metallica 🤘 pic.twitter.com/DP7hCIgMDQ

In fact earlier this Summer, the band also joined forces with the Netflix hit to release a special branded t shirt. More on this from Nova here.

This Summer also saw Metallica release a brand new video for ‘Master of Puppets’ such was the resurgence of its popularity.

The single itself was the the title track of their 1986 studio album, released via Elecktra Records.