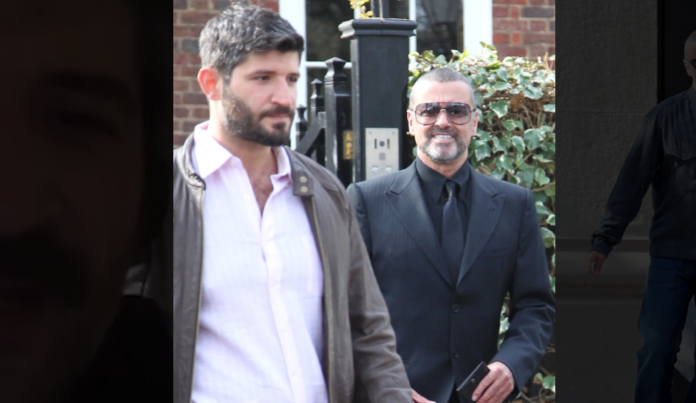 George Michael’s former partner Fadi Fawaz launched a horrible attack on the late singer were he branded him a “low worthless joke”.

Like Prince and David Bowie a few months before him, George Michael’s death stunned and saddened fans around the world. The 53 year old singer was found dead on Christmas Day 2016.

A cornoner reported that Michael died of natural causes. They also found he had a dilated cardiomyopathy with myocarditis and a fatty liver.

It was Fadi Fawaz who found Michael’s body on that day in 2016. In a leaked 999 call, it also emerged that Fawaz spent an hour trying to wake up the singer before phoning for an ambulence.

In the video, Fawaz embarked on this incoherent rant.

He said, “George Michael. You will never get your pictures George Michael because you are low and you are a piece of f****** dirt and I will never put importance on your f****** pictures at all”.

Fawaz continued, “I will never delete your pictures. “You are a piece of f****** cheap”.

He also added, “Remember they made fun of your name only. What made you think your pictures are important?”.

“You are a piece of f****** dirt you are. You are low remember you George Michael. Remember that”.

“Done with being disrespectful”

Unfortunately, it is also not the first time that Fawaz has verbally attacked the singer since his death.

It was revealed that George Michael’s belongings were being re-posessed as Fawaz failed to pay the £513 debt.

In December 2020, just days before the fourth anniversary of his death, Fawaz was found breaking into the star’s £5 million home. He was also removed from the property by police after smashing a window. He was not arrested for this.

As he was being dragged away by officers Fawaz shouted, “This is my place. George wanted me to have it”.

In February, Queen’s Roger Taylor dismissed rumours that George Michael was being talked about as a possible replacement for Freddie Mercury after his death in 1991.

George Michael had fronted Queen for the final three songs at the Freddie Mercury Tribute Concert in 1992. This also lead to huge speculation that Michael was to replace Mercury. These rumours have since been denied by Taylor. More on that report here.