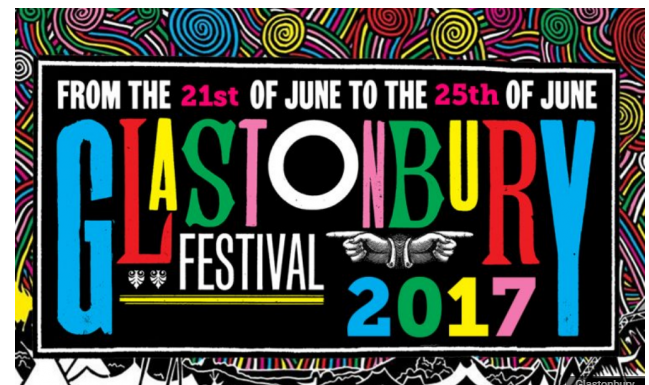 This year’s full Glasto line-up has been revealed and it’s a good’un!!

We were already suitably impressed with the festival’s three headliners – Radiohead, Foo Fighters and Ed Sheeran – when they were confirmed earlier this month.

We’re also delighted to see Meath’s own Lisa Hannigan up there on the line up.

Bee Gee Barry Gibb is set to follow in the footsteps of Dolly Parton and Kenny Rogers by taking Sunday evening’s “legend slot”.

The star appeared at the festival last year, duetting with Chris Martin on Stayin’ Alive and To Love Somebody during Coldplay’s headline set.

Glastonbury will take place this summer at its traditional home of Worthy Farm, Somerset from 23-25 June.

This weekend sees the start of the cut-off period when Glasto-goers need to pay off the rest of their deposit – starting on Saturday April 1.
The festival has grown somewhat since it first took place back in the 70’s. The first festival at Worthy Farm was the Pilton Pop, Blues & Folk Festival, mounted by Michael Eavis on Saturday 19 September 1970, and attended by 1,500 people. The original headline acts were The Kinks and Wayne Fontana and the Mindbenders but these acts were replaced at short notice by Tyrannosaurus Rex, later known as T. Rex. Tickets were only £1!

Keeping with its roots, the festival is supporting worthy causes such as Oxfam, Wateraid, Greenpeace and other worthy causes.

‘It Will Definitely Happen’ Radiohead Guitarist On Possibility Of A New...