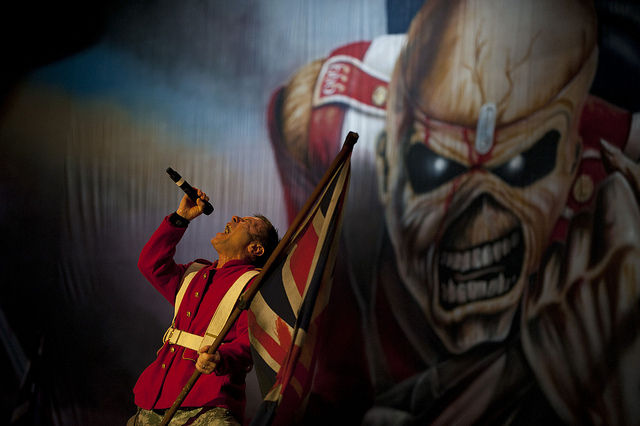 Iron Maiden singer Bruce Dickinson has been given the all-clear on the tongue cancer which he was diagnosed with during a routine check-up just before Christmas 2014. He had to injure a seven-week course of radiotherapy and chemotherapy treatment for the cancer. The band announced the good news “We are very happy to announce that following his recent MRI scan, Bruce was today officially given the all-clear by his specialists,” the band said in a statement.”

Dickinson took to the bands website to thank all hi family, fans and the medical staff that helped him through it all “I would like to thank the fantastic medical team who have been treating me for the last few months, resulting in this amazing outcome. It’s been tough on my family and in many ways it was harder for them than me.”

He added “I’d also like to send a heartfelt thanks to all our fans for their kind words and thoughts. I’m a firm believer in trying to maintain a positive attitude, and the encouragement from the global Maiden family meant a great deal to me. Right now, I’m feeling extremely motivated and can’t wait to get back to business as usual, as soon as I can!”

Rod Smallwood stressed though that the band would not be back on the road until 2016 “…it will take a while before he is completely back to full strength, as we explained previously. Because of this, the band will not be touring or playing any shows until next year.”

With this great news fans will be eagerly anticipating their return.