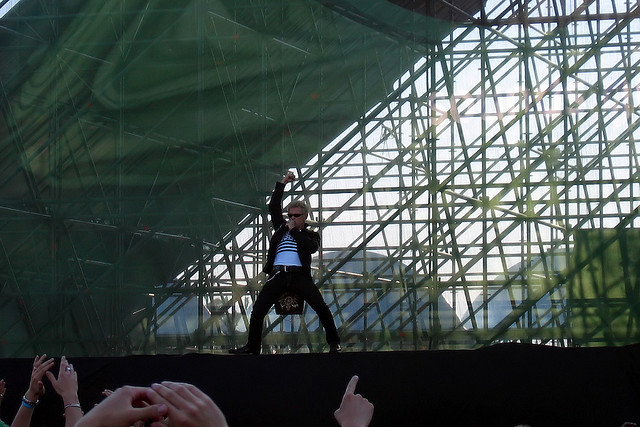 Ten additional acts have been announced for next year’s Isle Of Wight festival, new artists added to the bill include rocker Billy Idol, Counting Crows and Dublin based rock band Kodaline.

The musicians join a stellar list that already includes Paolo Nutini and Pharrell Williams. As well as the three headline acts The Black Keys, Prodigy and Fleetwood Mac.

Fleetwood Mac have signed an exclusive worldwide deal to headline the Isle Of Wright event, so the rumours of the group headlining Glastonbury can now be disregarded.

Fleetwood Mac said: “We’ve always wanted to come to the UK to play The Isle of Wight Festival, and so we are delighted that in 2015, we are finally making it happen! So many of our fellow artists and friends have played at this historic event over the years, and we can’t wait to see all of our fans on the island next summer.”

Festival organiser John Giddings added: “It’s no secret that Fleetwood Mac have been on my wishlist for The Isle of Wight Festival for some time now, so I’m very pleased and extremely proud to have them headline next year’s event. With Christine now back in the band too, it is going to be a momentous occasion, a moment in music history.”

The band will hit Irish shores towards the end of June to play Dublin’s 3Arena. Fleetwood Mac have added two additional shows for July 10th (sold out) and July 11th (limited tickets available).

The Beatles Have Made Chart History Again!