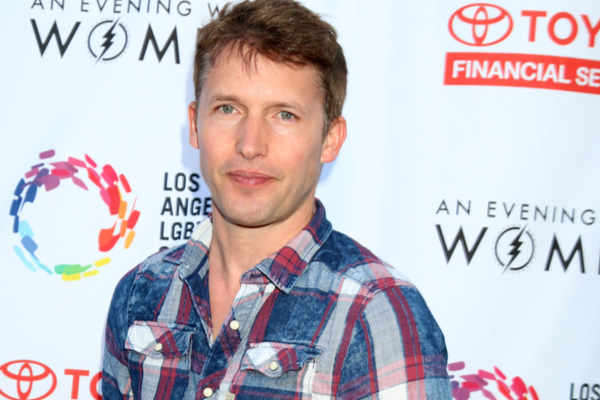 James Blunt has shared the unsettling reason behind his iconic hit “You’re Beautiful”.

The song put the English singer firmly on the music map, as it jumped to the top of the charts in 2005. It spent a total of 5 weeks at number one.

The track also featured on his album “Back To Bedlam”, which remained at top spot for 10 weeks that year.

While it may be considered to be one of the most romantic tracks ever written, James Blunt revealed the song’s meaning is slightly more sinister.

Blunt said that the song is really about “me stalking somebody else’s girlfriend on the underground while I’m high”.

“But people play it at their weddings, which is nice”, he told John Bishop.

This track clearly continues to resonate with so many people, with many fans responding to this Blunt revealtion online.

“Just read the lyrics of @JamesBlunt  You’re beautiful- it really is about a high stalker 🤯 #TheJohnBishopShow”, one fan wrote.

Following strong protests against the leadership of New Zealand’s prime minister Jacinda Ardern, the police and local authorities had tried several tactics to deter the protestors.

Such tactics included playing the music of Barry Manilow on megaphones. The tracks “Could It Be Magic” and “Mandy” were played on a fifeteen minute loop.

They also played the 1990s Spanish hit “Maracana”. All to no avail.

Give me a shout if this doesn’t work. @NZPolice https://t.co/AM2dZ6asMS

Following this, James Blunt offered his services via Twitter, and the New Zealand police appeared to take notice. The singer had tweeted, “Give me a shout if this doesn’t work”.

Blunt’s hit “You’re Beautiful” was subsequently played over the megaphones. Protestors ignored this too, as they played Twisted Sister’s “We’re Not Gonna Take It” over Blunt’s track.

More on this report from Nova right here.

Video: Led Zeppelin Unboxing Of ‘How The West Was Won’

Travis Have Announced A Dublin Date This December!