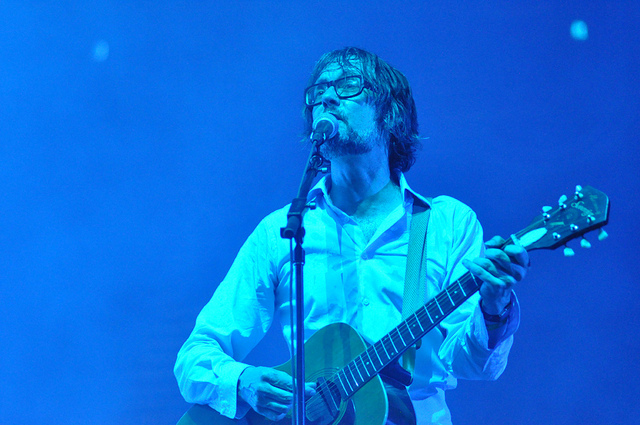 Pulp frontman Jarvis Cocker has written a letter to Florence Welch about her headline gig Friday night at Glastonbury. Florence + The Machine had to fill in for the Foo Fighters as they were forced to pull out due to Grohl’s injury.

Cocker wrote the letter in The Glastonbury Free Press, a newspaper printed especially for the festival giving advice to first time headliner Florence. Cocker spoke about how Pulp had to stand in for The Stone Roses as headliners back in 1995.

Cocker began with “Dear Florence, the folks at the Glastonbury Free Press thought that maybe I could give you some useful tips on how to step into the shoes of a headline band that have had to cancel their performance due to broken bones.”

The pulp singer then went onto describe their unique situation “We had to camp on site because all the hotels in the area had been booked up months before”, Cocker says this helped the band to “pick up the atmosphere of Glastonbury”. Cocker spoke about his nerves saying that he had to sit down to reduce the risk of getting injured, because he thought it would happen.

Cocker finished in his typical tongue-in-cheek fashion, saying “Please DON’T break a leg. You broke your foot at Coachella anyway, so what are the odds? Please Do have a fantastic show”.