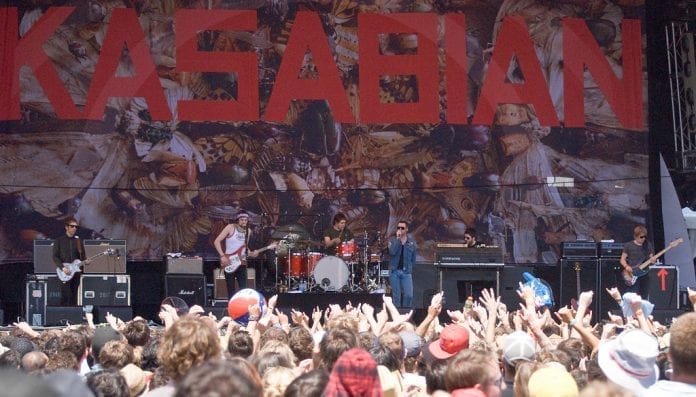 Kasabian are set to release their sixth studio album this year. The Leicester crew recently shared a photo on their social media of guitarist and songwriter Serge Pizzorno’s notebook with reads ‘ALBUM DONE’ along with what appears to be crossed-out song titles.

Amazon’s German site listed the new album which appears to be called You’re In Love With A Psycho on their page yesterday. According to the site, the release date will be April 21st.

The four piece dropped a teaser of their new material in December with new song ‘Pressie’, listen here.

It’s been over two years since the release of 48:13. Produced by the band’s leader, songwriter, guitarist and second vocalist Sergio Pizzorno, it entered at number one on the UK Albums Chart in its first week of release. Making it the band’s fourth consecutive UK number one album.

Pizzorno opened up to NME about the evolution of their sound after 48:13, “Well, I fell in love with the guitar again. I was listening to ESG and Talking Heads and in that kind of world, then it just took on a life of its own. I just wanted to make a guitar record that was relevant and important. It’s been a while since that happened. We always react against our previous work. I did massively experimental synth work on the last record so I just looked at my Rickenbacker in the corner of the studio and thought ‘that’s what I’m gonna do’. I just started smashing tunes out on that.”

The band will also be playing several gigs this year having announced dates on their social media.