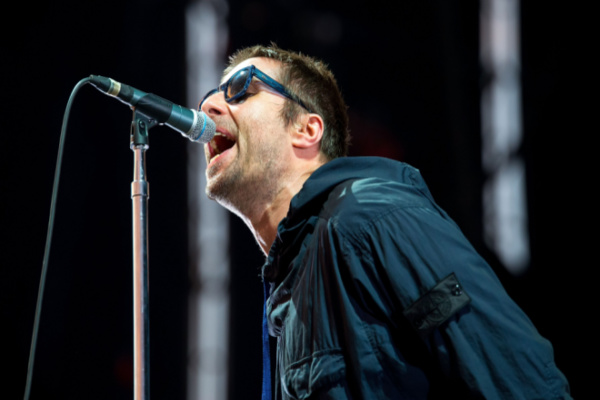 Liam Gallagher has blamed online hackers for editing his website to falsely announce that his upcoming gig at Manchester City’s Ethiad Stadium was cancelled.

Gallagher will take to the stage on June 1, supporting his recent album Cmon You Know as planned.

He will then perform live at Knebworth on June 3 and 4. These gigs will mark 25 years since his former band Oasis’ iconic shows at the venue in August 1996.

Taking to Twitter, Liam Gallagher was quick to dismiss rumours that his upcoming gig at the Ethiad Stadium on June 1 was cancelled.

“I hear some [bell]end has hacked my official website saying that the MANCHESTER gig is cancelled it’s not see ya there MCFC CHAMPIONS OF ENGLAND”, the former Oasis singer wrote.

Former Oasis bandmate Paul ‘Bonehead‘ Arthurs responded to this tweet. “Sorry. It was joke, I was gonna change it back”, he wrote.

Liam Gallagher had already shown his support for Arthurs, who confirmed last month that he was battling cancer.

“Sending BIG love to the 1 n only Bonehead and his family wishing you a speedy recovery we’re all thinking of you rasta you’ll be back on stage bfore you can say r we doing Colombia LG x”, Gallagher said.

Arthurs himself had previously released this statement.

“Just to let you all know I’m going to be taking a break from playing for a while”, he wrote. “I’ve been diagnosed with tonsil cancer, but the good news is it’s treatable and I’ll be starting a course of treatment soon”.

“I’ll keep you posted on how it’s going, I’m gutted I’m missing the gigs with Liam and the band”.

Earlier this month, Liam Gallagher’s beloved Manchester City beat Liverpool to the Premier League title on the final day of the season.

This led to a online feud between Gallagher and Sky Sports pundit and former Liverpool player Jamie Carragher.

After Gallagher had insulted him, Carragher said that Man City would “never win the Champions League” and that Oasis were “s** compared to the Beatles”.

Gallagher responed by saying that Oasis “p*** all over the Beatles”. More on this here.