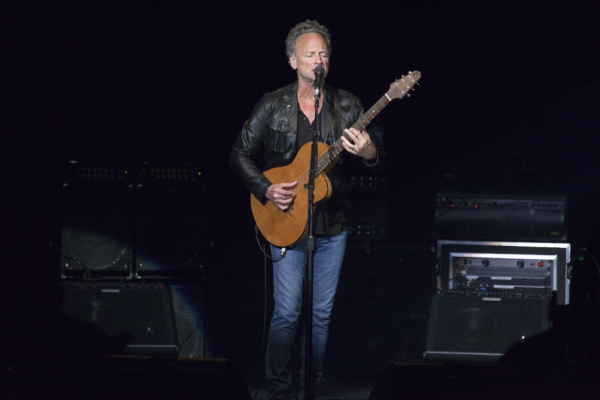 Lindsey Buckingham has been forced to cancel the remaining tour dates of his UK and European Tour, due to “ongoing health issues”.

The former Fleetwood Mac guitarist confirmed this unfortunate news following his live performance at the London Palladium, where he revealed that the remaining dates would be cancelled, including tonight’s gig in Glasgow (October 3).

Buckingham was performing a set of rescheduled gigs, which had been previously called off after several members of his band contracted Covid-19.

Buckingham wrote, “Due to unforeseen circumstances and out of an abundance of caution, we’re forced to cancel the rest of Lindsey’s current North American tour due to members of the touring party testing positive for Covid. All tickets will be refunded. We hope Lindsey will be back in Town soon!”.

He added, “There certainly is a lesson in acceptance there, but there’s also a lesson in looking for what is really essential within those circumstances. And obviously what comes to light is that yes, I’ve got my talent and I value that greatly, and I value the choices I’ve made. Beyond that, I’m here, every day with my wife, and my children and that is the gift”.

Since then, Buckingham has now been forced to cancel remaining tour dates due to health issues.

“Due to ongoing health issues, Lindsey is regrettably having to cancel the remaining shows on his current European tour”, the message read.

“Refunds will be available from the point of purchase. Lindsey sends his deepest apologies to all of his fans who were planning to attend and hopes to return to Europe in the future”.

The dates affected include the following:

Last month, Lindsey Buckingham joined the Killers live on stage in LA, before performing a live cover of classic Fleetwood Mac track ‘Go Your Own Way’. Check that performance out here.