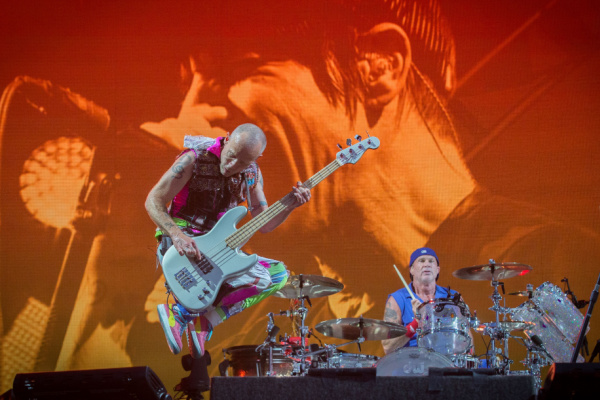 Red Hot Chili Peppers have released a brand new single ‘Eddie’, in honour of the late rocker Eddie Van Halen. You can check it out below.

Eddie Van Halen passed away from cancer in 2020.

This tracks comes after the band recently announced the upcoming release of their second album of the year, ‘Return Of The Dream Canteen’. The album arrives next month.

In a press release, Chili Peppers’ frontman Anthony Kiedes paid tribute to Eddie Van Halen, describing him as “one of a kind”.

“Sometimes we don’t realize how deeply affected and connected we are to artists until the day they die. Eddie Van Halen was a one of a kind”, Kiedes said.

“The day after his death Flea came into rehearsal with an emotional bassline. John, Chad and I started playing along and pretty soon with all our hearts, a song in his honor effortlessly unfolded. It felt good to be sad and care so much about a person who had given so much to our lives”, he continued.

Having received the Global Icon Award at the MTV’s VMA Awards, the band paid a special tribute to Hawkins, with their drummer Chad Smith speaking to the audience about just how much Hawkins meant to him.

“There’s another musical icon, global icon, and his name is my brother Taylor Hawkins”, Smith said. “I want to dedicate this to Taylor and his family and I miss him every day and fly on Hawk, fly on brother”.

Check out that performance, along with Nova’s report for more here.