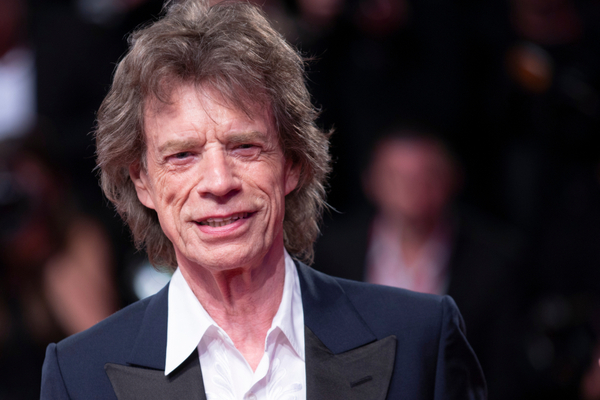 Following the death of long-time ‘Stones drummer and “heartbeat” of the band, Charlie Watts, Mick Jagger and co embarked on a new tour in September with Steve Jordan on the skins. After the passing of their iconic drummer, many felt that the band should have stopped touring without Watts, ending their long career on a high note.

However, Mick has not warmed to such comments, revealing that there is a healing power with the Rolling Stones’ No Filter tour. Speaking to Apple Music 1 host, Zane Lowe, Jagger revealed how some people have said the band “should have done the tour and stopped”.

“Some people said, ‘Oh, Charlie died, and you should have not done the tour — and stopped. And other people would think, ‘The thing about the Rolling Stones throughout their career has been their resilience in the face of adversity.’ And we’ve had ups and downs, mostly ups, to be honest — but we’ve had adversity,” Mick explains. “And this was probably one of the most difficult ones.”

Mick feels that the band was right to “carry on” and honour the postponed dates suffered in the 2020 pandemic. While the gigs may have had a strange feeling to them without their drummer of nearly 60 years, the Honkey Tonk Man singer said he feels confident that the band made the right decision.

“After doing the first couple of shows, I feel really good about it,” Mick added. “I’m glad we’re doing it. I know Charlie wanted us to do it, and I think the audience wanted us to do it. They seem to. And of course, it’s different — and of course in some ways it’s kinda sad […] But you just go out there and rock out, and you feel better. And it’s very cathartic. So, I think it’s really good.”

The gigs may be going well for Mick at the moment; however, he feels it would be a challenge to record without Watts in the future. Recalling Watts’ final studio sessions with the band, Jagger “without Charlie being there, it’s going to be very difficult”.

Mick explains how Watts laid down material for earlier unfinished pieces intended for their extended edition of Tattoo You. “And we’ve got tracks, which obviously have Charlie on them. But if we do new things, we won’t.”

Mick continued: “I did some stuff with him in the studio very recently, while we were doing the ‘Tattoo You’ things. […] Charlie did some work on just a few fills and stuff like that. And then we started messing around, we did some other things.”

“It’s just so weird and then very sad,” Mick said. “It’s such a long time that you work with someone like that, and you get to know someone so well and their quirks and their idiosyncrasies, and they know yours. And there’s a language in communication with musicians. […] After all this length of time, you have this ease of communication, so to speak. […] I miss that so much.”

Mick joined @zanelowe to talk about Troubles A Comin, the 40th anniversary edition of Tattoo You and more. Check it out now, only on @AppleMusic https://t.co/bC8YaLdAiS pic.twitter.com/BCLJuGdpAi

Brian May Has Designed A Sports Bra And Waistcoat!