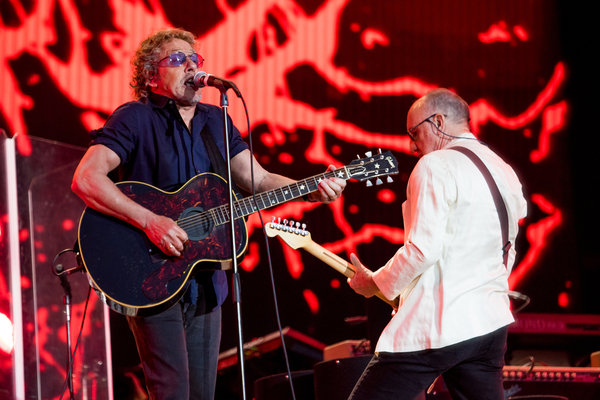 Roger Daltrey has said there is no point in The Who marking their 50th anniversary of Who’s Next with a live performance, or even creating a box set. Releasing in August 1971, the band’s fifth LP was due a golden celebration of 50 years, although the coronavirus pandemic put a halt to any plans coming to fruition.

Roger explained that March 2022 will be the first opportunity the band will have to make any dedication to the milestone onstage. However, the singer – who has just launched his new podcast – explains that he has no interest in directly addressing their past.

In a recent interview with Rolling Stone, Roger revealed, “I don’t see the point. ‘Who’s Next’ is a great album, but it’s best left as a great album. Just playing albums live doesn’t do anything for me, personally.

“The show we’ve got with the orchestra is fantastic, and the Who’s catalogue has so much varied stuff that makes it better than just listening to Who’s Next. Why do that?”, Roger asks. “Go and play the record and get stoned or whatever you wish and have a good time! That’s a way to celebrate. You don’t need us to do that.”

When asked about an extended reissue of the classic album, Roger explains his lack of knowledge and said that is a decision for the record company. With the label owning the rights to the music, Daltrey explains that he feels like “a painter who’s finished a painting. I never want to see the bloody thing again! I’m sorry, but you’ve got to let this stuff go.”

The Pinball Wizard himself has revealed that he would even go as far as deliberately arranging a solo tour before The Who’s road trip, so he can be sure he can still deliver a high-quality show. Roger explains that he has to sing “between now and when the Who are next going out, which is the end of next March and April”.

“If I don’t sing between now and then, I don’t know whether I will be able to do it then,” Roger reveals. “I’ve always promised myself and my audience that I would never want to go out there and be a mediocre singer.”