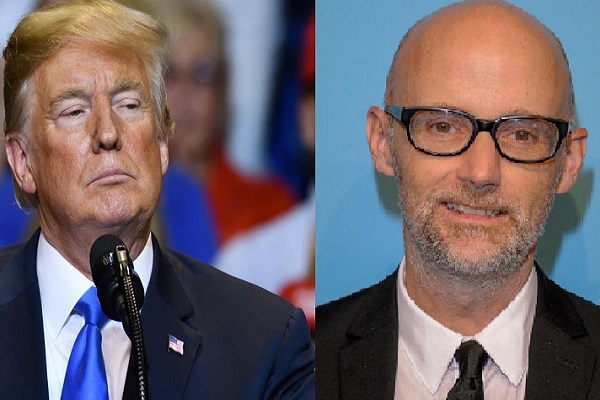 Dance legend, Moby has recounted the tale of when he accepted a dare to ‘knob touch’ Donald Trump at a party in New York.

The singer claims that he rubbed his member on The President way before the controversial tycoon became the leader of the free world.

The music icon stated in his forthcoming book that he was at a boring party in New York back in 2001. Donald Trump was also there and in an effort to liven things up he accepted a dare from a friend’s to “knob touch” the future President.

In an interview with The Sunday Times, Moby explained,  “In 2001, I found myself on my way to a party on Park Avenue. The party wasn’t that exciting. It was mainly full of businessmen and real-estate developers, most notably Donald Trump, who was standing a few yards away, talking loudly to some other guests.”

When Moby realised who was in attendance he drank a swift drink for Dutch courage and accepted his friend’s dare.

“I drank a shot of vodka to brace myself, pulled my flaccid penis out of my trousers and casually walked past Trump, trying to brush the edge of his jacket with my penis. Luckily he didn’t seem to notice or even twitch. I returned to my friends and ordered another drink.”

He then said to his friend “I think I knob-touched Donald Trump”. The NME reports that the daring feat is one of many tales taken from Moby’s forthcoming autobiography ‘Then It Falls Apart’ – which is due out later this year.