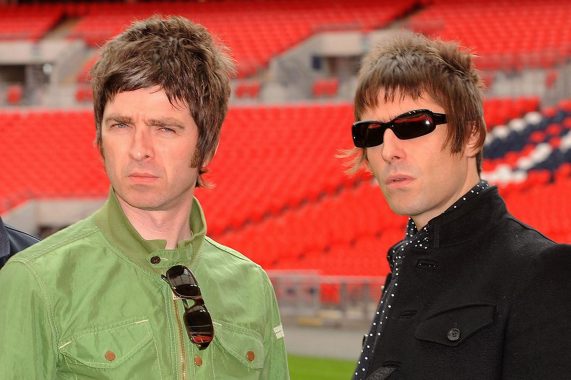 It has been reported that estranged brothers Noel and Liam Gallagher have set up their own film company.

The former bandmates’ rocky relationship led to the demise of Oasis in 2009. More here.

But now, it appears that the pair have set up a film company called Kosmic Kyte via Companies House. This venture is reportedly for “motion picture promotion activities”.

The brothers are listed as company directors, along with Alec McKinlay who also runs Oasis’ managment company, Ignition.

Earlier this year, Liam Gallagher had insisted that Oasis would reunite. See here.

The singer also said recently that his first single on his new album will be a “banger”.

“Gonna make a big star out of me”

The singer tweeted this, “There gonna put (me) in the movies there gonna make a big star out of me c’mon you know LG x”.

It has also been suggested that Noel and Liam could be keen on a biopic on Oasis, following the success of Queen’s Bohemian Rhapsody and Elton John’s Rocketman.

Liam Gallagher had also previously tweeted who would play him and Noel in a film,

This also comes after it was reported last month that Leo Harvey-Elledge and James McCelland are to star as Liam and Noel in an upcoming biopic about Creation Record’s boss Alan McGee.

McGee also manages Oasis and is to played by Ewan Bremner.

It was directed by Nick Moran, while Irvine Welsh (author of Trainspotting) wrote the script.

McCelland who is to play Noel said, “It’s quite a big ask because they are that big a name. But at the same time, they’re so well documented”.

Harvey Elledge who plays Liam had this to say, “There’s so much out there to look into, so many videos, so it’s a gift as an actor”.

Creation Stories premiered on February 24. It will be released on March 20.