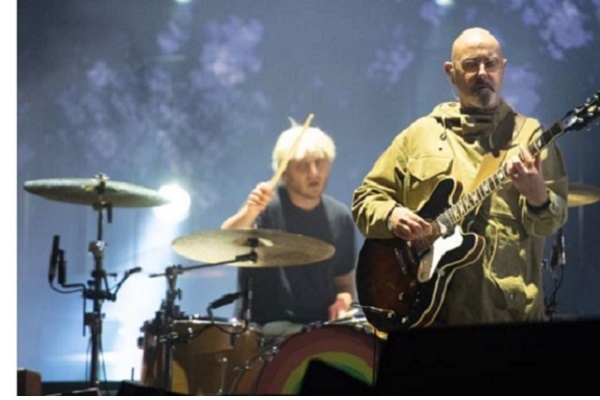 Paul ‘Bonehead’ Arthurs has announced that he has been given the “all clear” from tonsil cancer.

Former Oasis guitarist Arthurs had confirmed his cancer diagnosis back in April, when he revealed that he would be taking a break from performing with Liam Gallagher.

At the time, Arthurs tweeted, “Just to let you all know I’m going to be taking a break from playing for a while”, he wrote. “I’ve been diagnosed with tonsil cancer, but the good news is it’s treatable and I’ll be starting a course of treatment soon”.

Arthurs founded the band alongside Liam Gallagher, Andy Bell, Tony McCarroll and Paul McGuigan. However, it was not until the arrival of Liam’s brother Noel to the the band that they began to enjoy success.

“Sending BIG love to the 1 n only Bonehead and his family wishing you a speedy recovery we’re all thinking of you rasta you’ll be back on stage bfore you can say r we doing Colombia LG x”, Gallagher previously tweeted.

Having completed his treatment, ‘Bonehead’ Arthurs shared the delightful news that that he has been given a clean bill of health.

“Update on my cancer; I had a full scan 10 days ago and it’s all clear, it’s gone”, Arthurs wrote.

He continued, “Thank you so much all of you for the messages I’ve had throughout, you’ve helped more than you know”.

“Thank you especially to the team at @TheChristieNHS, into recovery now and see you all soon”.  The musician also thanked the staff at the NHS Foundation Trust for all their help.

Having previously sent his well wishes, Liam Gallagher was among the names to share in Arthurs celebrations.

“YES BONEHEAD WE KNEW YOU’D KICK ITS A***…”, Gallagher wrote.

Paul ‘Bonehead’ Arthurs remained with the band until 1999, before leaving to spend more time with his children. He did continue to collaborate with Liam Gallagher, including his band Beady Eye and various solo projects.