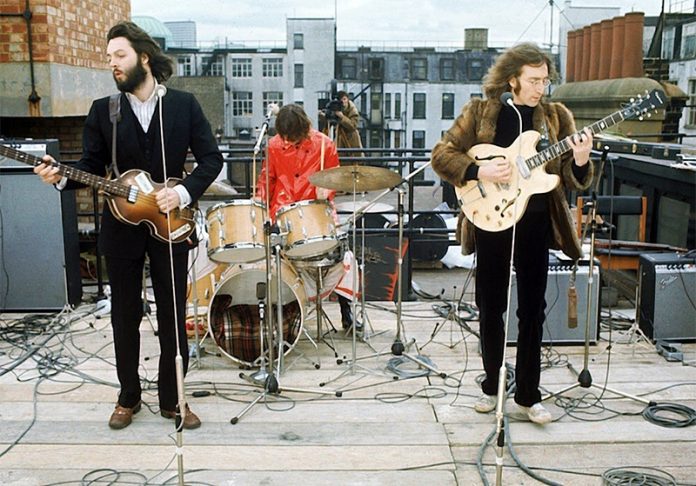 Starting in January of 1969, during what would become the Beatles lasts months together as a band, the group was followed around by a camera crew while they worked on new songs for a televised concert.

Developed at Twickenham film studios, it was decided that the televised concert would take place in the Roman city of Sabratha in Libya in the remains of a once famous amphitheater. As preparations for the concert continued, a final exciting element was added to the already extravagant performance: a specially chartered ocean liner filled to the brim with hundred of fans.

The members of the band had mixed feelings about the event, with John Lennon and Paul McCartney seeming particularly enthusiastic about the plan. “It does make it like an adventure, doesn’t it?” McCartney added.

Meanwhile, Ringo Star and George Harrison seemed less keen. Star stated that he would rather just do the show in the UK while Harrison was outwardly against the plan saying that he didn’t want to be “stuck with a bloody bit boatload of people for two weeks” adding that the gimmick of boating to Libya “was very expensive and insane”.

As conversations between the band and the studio went on, Harrison’s opposition to Libya became a deal breaker for the rocker. At one point he even walked out of rehearsals with the other guys dropping the line: “See you round the clubs”.

In the end, Harrison’s refusal to participate in the event led to the entire thing being restructured to take place at a makeshift studio in the basement of 3 Savile Row in central London. Twickenham, who had originally planned to stage the event as a televised concert, altered their plans as well, and instead shifted focus to film the group for a feature-length documentary.

The restructured event went off without a hitch and without anyone, including the band’s own members, knowing that it would be their final public performance as a group.

The footage compiled by Twickenham would go on to become an 80-minute feature-length documentary titled Let It Be released alongside an album of the same name. However, a great deal of unused footage was exiled to the Beatles vaults until it was liberated by Apple to celebrate the 50th anniversary of the film.

Peter Jackson – creator of film versions of Tolkien’s Lord of The Rings and The Hobbit – was recruited by Apple in 2017 to cut together a new feature-length film out of the unused footage. While the coronavirus pandemic made a theatrical release of Jackson’s film impossible, the recent unveiling of Disney’s streaming platform Disney+ allowed for an even more ambitious project as Jackson pieced together three two-hour documentaries set to premiere at the end of November on the platform.

In Jackson’s own words, the projects tell the story of the Beatles “planning for a concert that never takes place”, and “a concert that does take place, which wasn’t planned”.

The three-part docu-series titled Get Back, comes as part of a larger release of Beatles content including a large package of music and a book about the band. The book features photos from Let It Be’s onset photographer Ethan Russell and transcripts of the band’s intimate conversations taken directly from the unused footage collected by Twickenham.

When discussing the upcoming project Peter Jackson had this to say: “To have intimate, behind the scenes, fly on the wall coverage of the recording of an album from a band in the 60s is one thing. But the fact that it’s the Beatles is mind blowing, really.”