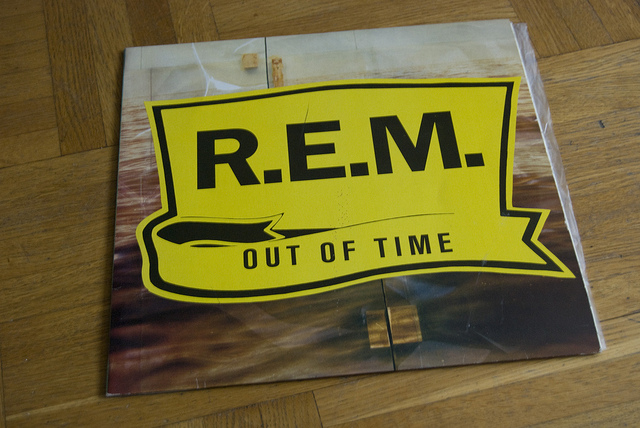 Ahead of the up-coming 25th anniversary of ‘Out of Time’, R.E.M. have shared a previously unheard demo for ‘Radio Song’.

The song will feature on a reissue of ‘Out of Time’, which will be released to mark its 25th anniversary. The demo features the synthesizer sounds and the KRS-One rap removed from the song.

You can listen to the song here

‘Out of Time’ was originally released in 1991 and included ‘Losing My Religion’ and ‘Shiny Happy People’. The album saw R.E.M. become globally acclaimed. ‘Out of Time’ reached number one on the album chart, and their follow up album, ‘Automatic For The People’ took the same spot a year later.

The deluxe reissue of the album will come with interviews from the band members, as well as with Scott Litt and John Keane, who were the album’s producers. The 4 disc deluxe version will also come with the recording of a 1991 show at Mountain Stage, all of the band’s music videos, and studio and performance footage of the band.

In July of this year, R.E.M. re-released their albums ‘Lifes Rich Pageant’, ‘Dead Letter Office’ and ‘Eponymous’ on vinyl.

The reissue of ‘Out of Time’ will be out on 11th November.

Steven Tyler To Perform At The Nobel Peace Prize Concert