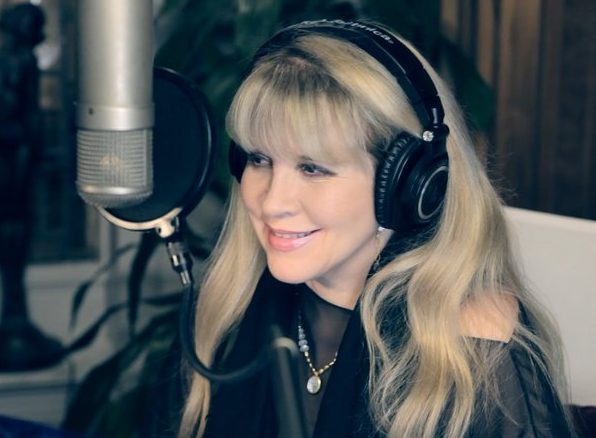 Stevie Nicks is set to drop two separate Stand Back collections that centre around her own prolific solo career. The first release aptly lands on the same day the singer is going to be inducted into the Rock & Roll Hall of Fame, on March 29th.

According to Ultimat Classic Rock, the one-disc set features 16 of Nicks’ best-known and loved songs. They include “Stand Back” and “Edge of Seventeen,” as well as collaborations with Don Henley and Tom Petty and the Heartbreakers, “Leather and Lace” (Henley) and “Stop Draggin’ My Heart Around,” (Petty).

Live versions of two tunes she penned for Fleetwood Mac, “Dreams” and “Gold Dust Woman,” are also in the mix. A three-disc, 50-track version of the comp lands on April 19th. The second disc of this set called Stand Back: 1981-2017 throws a spotlight on Nicks’ collaborations.

Chart toppers with Kenny Loggins (“Whenever I Call You ‘Friend'”) and Walter Egan (“Magnet and Steel”) are featured. The set also comprises of recent collaborations, like “You Can’t Fix This,” which she recorded with Dave Grohl. That was as part of his Sound City project.

The third disc offers live recordings and songs that found homes on various soundtracks. The 50-track compilation will also be available on a six-LP version on June 28th.

You can see the track listing below:

Scarlett Johansson Is Starting An All Female Band