Nova News Team - April 25, 2017
0
Noel Gallagher has been putting in the studio hours for the hotly anticipated follow up to 2015’s Chasing Yesterday. In a... 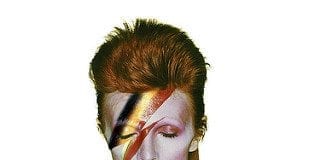 Nova News Team - April 13, 2017
0
If you missed out on your chance to see David Bowie’s Lazarus musical, you will soon have an opportunity to experience...

Nova News Team - April 3, 2017
0
Noel Gallagher has been awarded the Teenage Cancer Trust award after serving as an ambassador for the charity. The show has been... 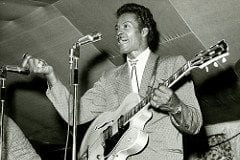 On This Day In Music: Chuck Berry’s Johnny B. Goode...

Nova News Team - March 31, 2017
0
When the late Chuck Berry passed away recently, major recording artists old and young expressed their grief and cited the rock music legend as a leading influence to their own sound. Bands such as Green Day, Red Hot Chili Peppers, the Roots and Sting paid tribute to the late rocker through music. And the song they all chose to cover was the 1958 classic, ‘Johnny be Goode’. Perhaps Berry’s most famous track, ‘Johnny B Goode’ has been covered by many artists over the years, including The Beatles, Jimi Hendrix and Judas Priest.

Nova News Team - March 21, 2017
0
Tributes are continuing to pour in for rock music legend Chuck Berry who passed away over the weekend. The New York Times said of the late musician, “Mr. Berry was its [Rock N’ Roll] master theorist and conceptual genius, the songwriter who understood what the kids wanted before they knew themselves.” Red Hot Chili Peppers also paid homage to the rock music pioneer on Saturday night during the band's concert in Vancouver with a surprise electrifying rendition of the rock pioneer's breakout single "Johnny B. Goode" following Berry's death.

Nova News Team - March 20, 2017
0
Chuck Berry, a man who is wildly considered to be the pioneer of Rock Music, has died aged 90. Police in Missouri announced on their twitter and Facebook that Berry had been found unresponsive at his home on Saturday afternoon. They reported that they had tried and failed to revive the musician. Tributes have come pouring in for the Guitarist with many giving him his rightful dues as the master mind behind the creation of Rock Music. The New York Times described him as “Mr. Berry was its [Rock N’ Roll] master theorist and conceptual genius, the songwriter who understood what the kids wanted before they knew themselves.” 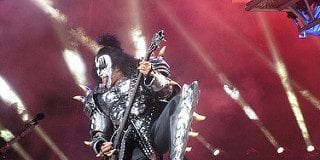 Nova News Team - February 21, 2017
0
Kiss took to the stage sans makeup, in the U.S over the weekend to help raise money on behalf of Oregon’s military veterans.

‘Best Act In The World Today’ Goes To Muse At...