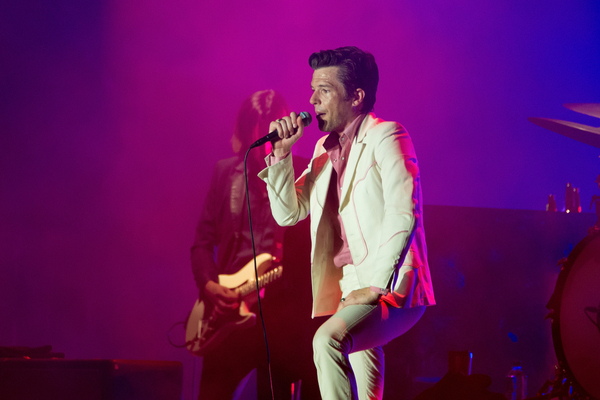 The Killers will release their seventh album “Pressure Machine” next month.

The band announced that this new album will arrive via EMI on August 13. They also said that the album was created after they found themselves with a lot of time on their hands due to the pandemic.

Hey UK, Pre-order Pressure Machine now for a chance to attend an exclusive show in 2022. pic.twitter.com/PzNrluZRCn

Having been intially scheduled to tour in 2020 in support of last year’s album “Imploding The Mirage”, the band used last year to work on the follow up.

“Everything came to this grinding halt”, the Killers’ frontman Brandon Flowers said. “And it was the first time in a long time for me that I was faced with silence.  And out of that silence this record began to bloom, full of songs that would have otherwise been too quiet and drowned out by the noise of typical Killers records”.

Flowers also said that “Pressure Machine” offers the most personal offerings from the band thus far. He said that it was inspired by his life growing up in the sleepy town of Nephi-Utah.

“Had it not been for advancements in the automotive industry, Nephi in the ’90s could have been the 1950s”, he said. “I discovered this grief that I hadn’t dealt with”.

“Many memories of my time in Nephi are tender.  But the ones tied to fear or great sadness were emotionally charged”, he continued.

“I’ve got more understanding now than when we started the band, and hopefully I was able to do justice to these stories and these lives in this little town that I grew up in”.

A few weeks ago, guitarist Dave Keuning had said that the band were also working on an eight studio album.

“It still sounds like The Killers”, he said.  “A lot of these songs were ready to be recorded, and I would come in and play guitar”.

“I’m just happy to be back in any capacity on the seventh record”, he added.  “Now that that’s done, I’m just excited to write and see where the eighth one goes”.

Read more on that here.