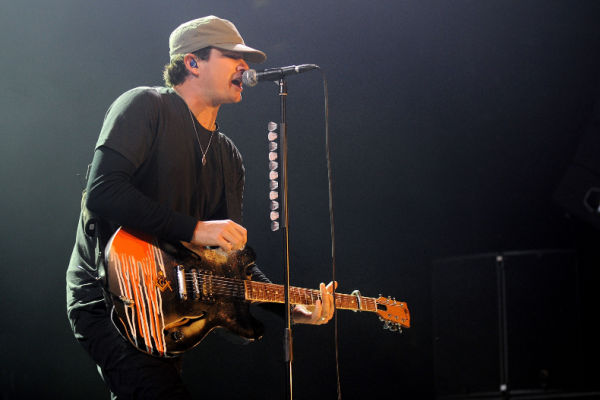 According to Muse frontman Matt Bellamy, Tom DeLonge of Blink 182 is keen to take him for a spot of hunting for aliens!

Bellamy made these comments backstage at iHeartRadio Ego Festival. He and the rest of the Muse band were asked if they had ever “done a deep dive” on DeLonge and the “alien situation”.

“I’ve hung out with him, and I’ve really pushed him. Apparently there’s a warehouse in Vegas holding some weird alien shit that he’s going to take me to one day. I’m holding him to it, and everytime I see him, he says he ‘can’t do it this week, maybe next week”, Bellamy continued.

Check out the interview below.

Tom DeLonge Is Out Of This World!

Tom DeLonge’s fondness for UFOs is certainly no secret.

Back in 2019, the former Blink-182 star was the subject of a new History TV series about his enthusiasm for the subject, with a trailer for a streaming show also released.

“I’m thankful to History for giving the To The Stars Academy team of […] experts the opportunity to tell the story in a comprehensive and compelling way. I think everyone that watches the show will walk away with questions answered and a feeling of, “wow, I get it now”, DeLonge said of the show at the time.