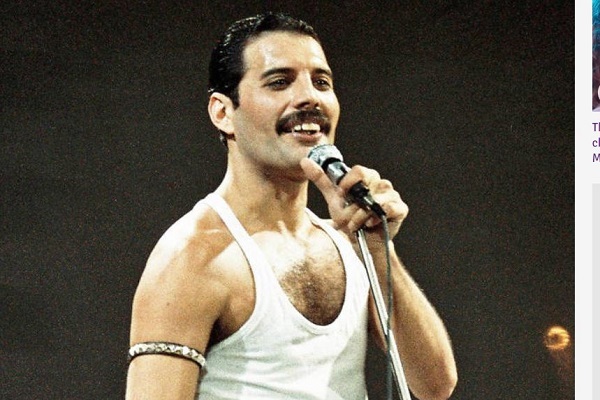 Tributes have been paid to the late Queen frontman Freddie Mercury on the 31st anniversary of his death.

Mercury passed away on 24 November 1991 from brocnchial pneumonia, after suffering from Aids. He was 45 years old.

The singer had announced his diagnosis the day before he died.

Mercury was the frontman of much loved rock band Queen, along with guitarist Brian May, bassist John Deacon, and drummer Roger Taylor. They were inducted into the Rock and Roll Hall of Fame in 2001.

Speaking at the time, Brian May admitted that the celebrations were somewhat bittersweet without Freddie.

“We just kind of didn’t want to harp on it. We just thought, ‘Let’s just celebrate the fact that we’re still creative”, May said. “I think it also…because Freddie’s not here it changes our feelings a little bit. There’s always going to be that little bit of reticence in a sense”.

Paying a fresh tribute, Brian May shared a snap of Mercury with the caption, “Love ya Freddie. Bri”. See that post in full here.

Roger Taylor also paid a touching tribute to Mercury, sharing a photo of the pair from a Queen concert in Copenhagen in 1974. Adding the caption, “Memories”.

Boy George and Freddie backstage at the Fashion Aid event at the Royal Albert Hall in London, England on November 5, 1985 pic.twitter.com/JMLEwayldU

A year after Freddie Mercury passed away, a tribute concert took place in the late singer’s honour.

Taking place at London’s Wembley Stadium, the concert included performances from the likes of Def Leppard, Guns N’Roses, Metallica, as well as Brian May.

“The night Freddie died, we said: “Well, we should give him an exit in the true style to which he’s accustomed”, Brian May said of the show.