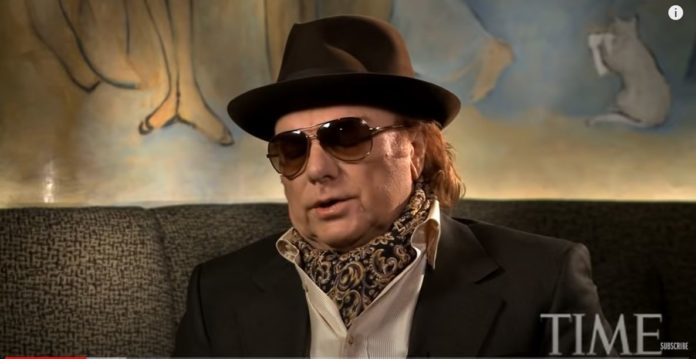 This comes after the singer saw his four gigs at the city’s Europa Hotel cancelled at the last minute.

They were cancelled as live gigs at licensed or unlicensed hospitality events are prohibited under current Covid-19 restrictions in Northern Ireland. The hotel were hopeful of the gigs going ahead as test events. However, they were advised to call them off by the Executive Office.

Morrison has been outspoken on his views of the live music ban in Northern Ireland since the beginning of the pandemic. The singer had previously released several anti-lockdown tracks, one of which featured Eric Clapton.

The track is called “Stand and Deliver”. Eric Clapton released this statement.

“There are many of us who support Van and his endeavours to save live music; he is an inspiration. We must stand up and be counted because we need to find a way out of this mess. The alternative is not worth thinking about. Live music might never recover”.

Other tracks released by Morrison included “No More Lockdown”, “Born To Be Free”, and “As I Walked Out”.

Following the release of these tracks, Robin Swann called them “dangerous”, adding, “I don’t know where he gets his facts. I know where the emotions are on this. But I will say that sort of messaging is dangerous”.

Back in April, Morrison also blamed the lack of free speech for the flack he received for his anti-lockdown tracks.

“Got all the power”

Referring to Swann’s “dangerous” comments in his speech this week, Morrison spoke to a crowd who were due to see him perform live, during a pre-dinner show event. You can check this out for yoursleves below.

“Well, if I can’t affect any change in this situation, I don’t have any power or my power is very limited to change this situation”, the Brown Eyed Girl singer stated.

“So I’d say Robin Swann is very dangerous”, he added.

Following these remarks, Morrison began to chant repeatedly, “Robin Swann is very dangerous”, as the audience clapped and cheered.

Morrison then called Democratic Unionist Party MP, Ian Paisley to join him on stage to chant.

This is Extra ordinary . pic.twitter.com/M0jmA0JIf2

Dougie Beattie is the leader of the Ulster Unionist Party which Swann is also a member of.

After seeing the video of Morrison’s rhetoric, Beattie said that he was “absolutely disgusted” with what he saw.

Adding that Morrison and Paisley should be “ashamed of themselves”, Beattie also added, that “two grown men who should know better, engaging in a very personal attack on Northern Ireland’s health minister”.

Beattie also defended Swann, saying that he has “worked tirelessly during the COVID-19 pandemic to save lives”, and branded Morrison’s attack on him as “appalling”.