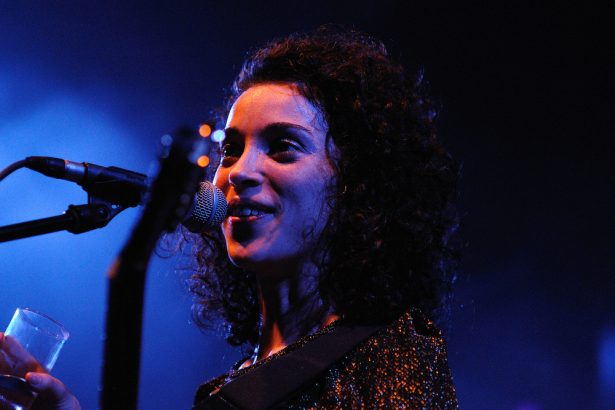 St. Vincent was asked by fans on social media last Friday June 8th what her favorite guitar riffs were. They’re the riffs she wished she had written and the hooks that inspired her to pick up a guitar in the first place.

Looking suitably cool in black, the songstress played two short covers. One was the Pantera tune ‘Cowboys From Hell’ and also ‘Tool’s ‘Forty Six & 2’ which she referred to as ‘My Shadow’ in reference to Maynard James Keenan’s lyric from the track. Later she played a version of Jimi Hendrix’s ‘Manic Depression.’ Check it out below!

Which riffs do you wish you had written?

@st_vincent had some brilliant suggestions when she took over our Instagram today. #HearHer pic.twitter.com/eKa04UiKXA

Last week,  St. Vincent aka Annie Clarke released a new version of the track ‘Slow Disco‘ taken from her latest album MASSEDUCTION. She re-titled the new version, ‘Fast Slow Disco.’ Performing on Later… with Jools Holland, she was backed by a three-piece band playing drums and synth. The song is a much more energetic verison of the original, it’s quite literally, a faster ‘Slow Disco.’ A video of her performance of the new song on Jools Holland is available here.