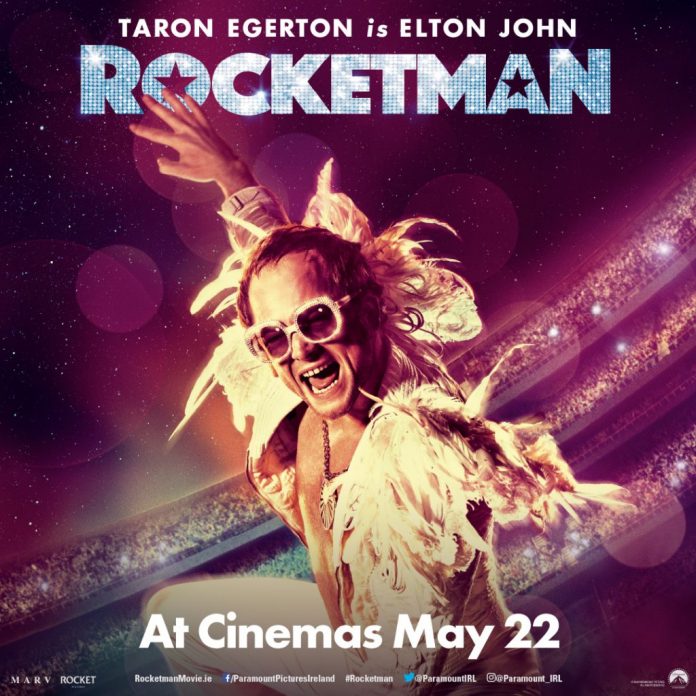 ROCKETMAN is an epic musical fantasy about the incredible human story of Elton John’s breakthrough years. It lands in Irish cinemas on May 22nd, but here at Radio Nova we are giving you the chance to see it FIRST, thanks tour friends at Paramount Pictures!

We are the only station in town to have tickets to giveaway to experience the UK premiere of Rocketman live from Leicester Square in London, right here in Dublin at Odeon Cinema Point Square.

You will see the stars walk the red carpet live via satellite, followed by an exclusive first screening of the film.

One of our lucky Nova listeners will also get to join Colm Hayes and ask the cast a question: just like a red carpet reporter would!

It’s all happening this coming Monday night, May 20th with pizza and refreshments beforehand. So if you’re over 18 and want to win a set of seats for you and 3 friends, all you have to do is listen to Nova and when you hear an Elton John track, call 440 4100 for your chance to score the tickets.

Think about what question you could ask the cast and keep your ears glued to Nova for Elton tunes. ROCKETMAN is in cinemas on May 22 but you can see it FIRST only by listening to Radio Nova.

Win Tickets To Royal Blood All Week With [email protected]