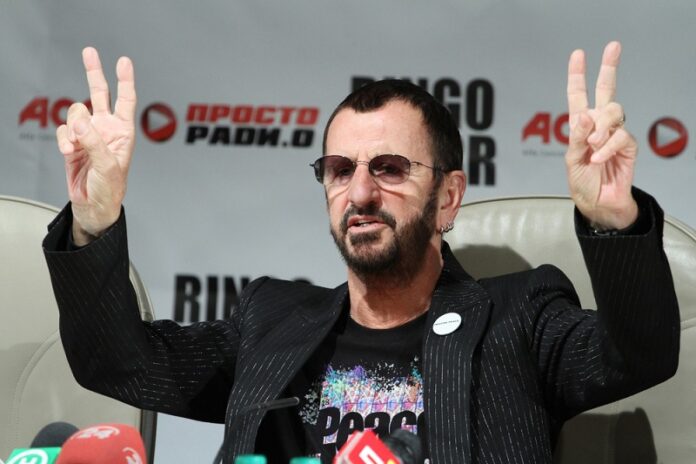 Legendary drummer, Ringo Starr maintains he still enjoys working with former Beatles bandmate, Paul McCartney. McCartney is a backing vocalist to Starr’s latest track “Here’s To The Night”. They have also shared the stage together twice in the last few years.

On the pair’s current friendship, Starr stated that they are “still pals”. He said, “We don’t hang out with each other a lot. But if we’re in the same country, and if we’re in the same town we always have a dinner, and we say hi or he comes over here or I go over to his house”.

Speaking to the Irish News, on their working relationship, the drummer said, “I love that, getting up with him”, adding, “We did it at the O2 in England (in 2018). And then he called me and he said, “I’m doing Dodger Stadium, if you want to do a few numbers”.

Starr also added, “So he picked three numbers, and I got up and went down there. And it’s magic for the audience as well as us. I love playing with him”.

Starr and McCartney are also to appear in Peter Jackson’s film, The Beatles: Get Back. It will contain previously unseen footage documenting the last 18 months of the band working together.

Ringo Starr’s new track “Here’s To The Night”, is part of a new EP “Zoom In”. Along with McCartney, the EP will include contributions from David Grohl and Finneas.

“Here’s To The Night” also sees Starr working alongside LA songwriter, Diane Warren. On working with Warren, Ringo Starr said, “When Diane presented this song to me I loved the sentiment of it”.

He added, “This is the kind of song we all want to sing along to, and it was so great how many wonderful musicians joined in”.

Doug Stanhope Is On His Way To Ireland For Stand-Up