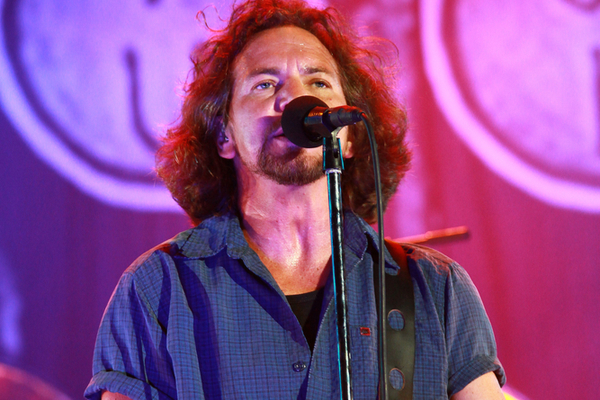 “Earthling” is to be released via Seattle Surf/Republic.

“His eyes appear vacant / he’d taken more than his share / trying hard to awaken / the voice of regret in his ear”, Vedder sings in the opening verse of the track.

While a release date has yet to be confirmed, “Earthling” can be pre ordered here. You can buy a 7 inch vinyl featuring “Long Way” with a B-side titled The Haves.

Vedder had previously hinted about this “soon to be released” material via Instagram recently.

The soundtrack sees Olivia sing about strong familial ties, “They asked if I had seen you/But I’ve got no truck with men/Like them, they can go to hell/I am my father’s daughter/Come hell or high water”.

The track was co-written by Eddie Vedder and Glen Hansard. Vedder and Hansard also worked on a further eight songs for the soundtrack.

“After this flood of gorgeous songs from Cat Power, Glen Hansard, and Eddie Vedder, we were just about to do a final mix on the film when Ed sent me Olivia singing ‘My Father’s Daughter.’ It became just the perfect cherry on top of the sundae”, Sean Penn said in a statement.

August also saw Eddie team up with Tom Morello and Bruce Springsteen for a cover of AC/DC’s Highway To Hell.

The singer is to also feature on Elton John’s upcoming album “The Lockdown Sessions”.