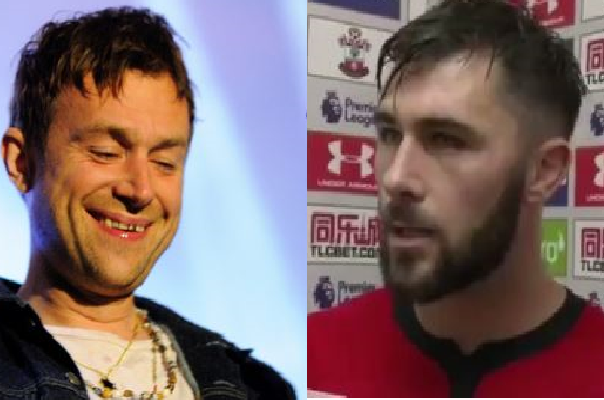 Charlie Austin, Southampton’s FC striker has been catapulted to viral celebrity status following a post-match rant that was mashed up with Blur‘s ‘Parklife’. According to the NME, the Premier League footballer had strong words for match officials last Saturday afternoon. The rant came about after Austin’s goal against Watford was disallowed following an offside ruling.

Austin blasted officials after the game, saying, “We scored a perfectly good goal that was ruled out for offside. The officials cost us two points. They said it was offside, that is a joke.”  The tirade caught the attention of one Blur fan, who shrewdly spotted that it was almost identical to the rhythm of the verse from the classic Blur single.

One keen fan commented, “That Charlie Austin Parklife clip is probably the greatest thing I’ve ever seen on here and btw I’ve been here 8 years.” It even attracted the attention of the footballer who replied with a simple, “Parklife”.