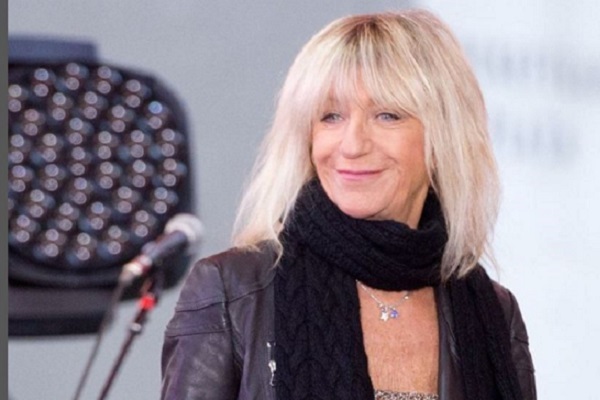 Former Fleetwood Mac star Christine McVie has spoken about playing the role of the band’s “Mother Theresa” during the 1970s.

Both McVie and drummer Mick Fleetwood have previously admitted that the band were not adversed to dabbling in the La Vida Loca lifestyle over the years.

In fact, Mick Fleetwood even admitted that his cocaine consumption was so strong, that he cannot remember what happened in 1978 and 1979. More on this report here.

“keep everything nice, cool and relaxed”

In a new interview, Christine McVie has claimed that things were not quite as crazy as people have made out.

“I was supposedly like the Mother Teresa who would hang out with everybody or just try and [keep] everything nice and cool and relaxed”, McVie said. “But they were great people; they were great friends”.

“I enjoyed the storm”, she continued. “Even though I am quite a peaceful person, I did enjoy that storm. Although it’s said that we fought a lot, we actually did spend a lot of our time laughing. So, that must have been forgotten”.

Christine McVie did admit that she “used to fight occasionally, but not very often” with her ex husband and bandmate John McVie.

“I think we sorted our differences out … and we actually got on really well,” she added.

“It was never as ­melodramatic as Stevie [Nicks] and Lindsey [Buckingham]. And right now, we don’t live in the same hemisphere. He lives in L.A.; I live in London. But we occasionally write to each other or phone each other. … We talk a fair bit. He’s a good man, John”.

“happy pretty much all the time”

Despite the ups and turbulent downs, Christine McVie insists being a part of the Fleetwood Mac band was a happy time.

“I think I was happy pretty much all the time. I was happy with Bob Welch. I was happy with that era. I was always happy with Stevie and Lindsey and loved what they brought to the table musically. Also, I loved being with Neil Finn and Mike Campbell. They were a couple of great guys. I loved working with them. But Mick and John and Stevie and I all got on well, contrary to public opinion”.

Speaking of those turbulent times, Christine McVie had previously admitted that Champagne and cocaine were an occasional personal preference of hers, while she was performing on stage. More on this here.