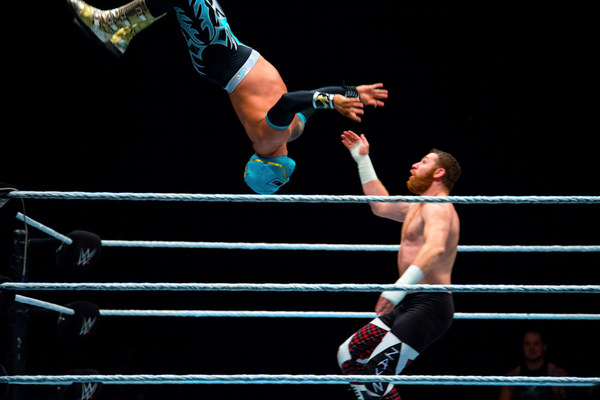 Several former pro wrestlers are claiming that World Wrestling Entertainment (WWE) failed to protect them from repeated head injuries. Taking their case to the U.S. Supreme Court on Wednesday, they alleged the WWE is liable for neurological damages they have suffered since leaving the industry, and that they knew about the risks of head injuries but did not do enough to shield wrestlers.

After a lower court ruling had dismissed their lawsuits in September last year, the former pros filed an appeal saying they were frivolous or, filed after the statute of limitations had expired. The lawsuit states that instead of upholding its duty to its employees, “the WWE placed corporate gain over its wrestlers’ health, safety, and financial security, choosing to leave the Plaintiffs severely injured and with no recourse to treat their damaged minds and bodies”.

Over 50 former wrestlers are involved

The lawsuit is made up of 50 former professional wrestlers who were an active part of the sport in the 1980s and ‘90s. They include memorable names like Chavo Guerrero Jr., Ken Patera, Sabu, Ax and Smash, The Berzerker, Shane Douglas, Harry Masayoshi Fujiwara, Muhammad Hassan, Heidenreich, Mantaur, One Man Gang, Jimmy “Superfly” Snuka, Joseph “Road Warrior Animal” Laurinaitis, Paul “Mr Wonderful” Orndorff, Chris “King Kong Bundy” Pallies, the estate of Axl Rotten, and the wife of the late Nelson “Viscera” Frazier, also known as Big Daddy V, who died in 2014.

Dave and his more memorable twin brother, Earl Hebner, are also among the 53 plaintiffs, with WWE owner Vince McMahon listed as a defendant along with his company. Earl can be remembered for when The Rock was forced to compete in a title match versus all members of DX, with the former WWE senior referee partnering him.

Former wrestlers have a history of injuries such as CTE

Fujiwara, Snuka, Pallies and Laurinaitis died in 2016, 2017, 2019 and 2020, respectively. The lawyers of Fujiwara and Snuka claimed the clients were diagnosed with chronic traumatic encephalopathy (CTE) after their death, while Pallies and Laurinaitis died of undisclosed causes. The case of former pro Chris Benoit was also referenced, in which the then-wrestler killed his wife and child before taking his own life. Benoit was later found to have severe CTE. Other plaintiffs in the lawsuit claimed to have dementia and other illnesses.

The WWE has denied the allegations levelled against the company, and responded with a statement saying, “This is another ridiculous attempt by the same attorney who has previously filed class-action lawsuits against WWE, both of which have been dismissed. A federal judge has already found that this lawyer made patently false allegations about WWE, and this is more of the same”.

The lawyer in question, Massachusetts-based Konstantine Kyros, has previously filed lawsuits against the WWE, with similar claims. The company has succeeded in having some of those suits dismissed, but one involving former WWE wrestlers Vito LoGrasso and Evan Singleton is still being contested in court.

As part of the LoGrasso-Singleton proceedings, lawyers for the WWE have subpoenaed Dr. Bennet Omalu, the neuropathologist who first identified CTE. They seek to have him hand over his research on Chris Benoit, and other deceased former wrestlers. Omalu claimed that a posthumous examination of the brain of Benoit, who hanged himself after murdering his wife and son in 2007, revealed CTE, and the physician has been studying the brains of more recently deceased wrestlers such as Joanie “Chyna” Laurer, Jonathan “Balls Mahoney” Rechner and Brian “Axl Rotten” Knighton.

Earlier in September, the 2nd US Circuit Court of Appeals in New York City upheld the 2018 rulings by federal judge Vanessa Bryant in Connecticut that there was no proof that WWE knew that head blows during a match caused CTE to the former wrestlers.

The plaintiffs argued in the lawsuit that unlike football and hockey, WWE matches involve scripted moves choreographed by the WWE, making the company directly responsible for the injuries caused to its former wrestlers.

The National Football League and National Hockey League were also sued by former players who suffered concussions and other head injuries. The NFL settled for $1 billion, while the NHL settled for $18.9 million.

Another former wrestler in the shape of Dwayne ‘The Rock’ Johnson has revealed he is considering running for President of the United States. While a Presidential run from the people’s champ has been touted before, The Rock has now commented on a potential bid for The White House. 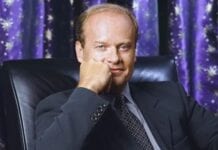