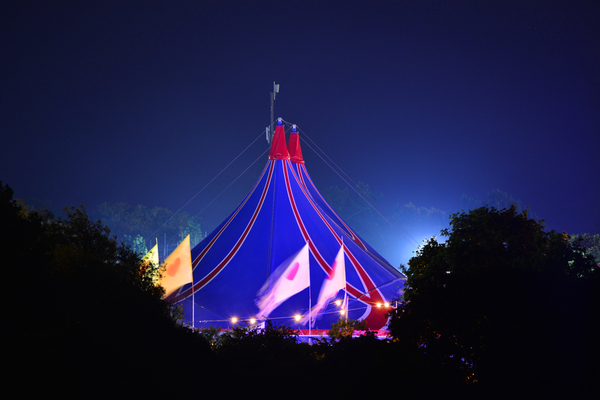 Isle of Wight Festival promoter, John Giddings has apologised for requesting people to suggest some “lady rock bands” to add to the shows’ line up.

After making these comments, Giddings received huge criticism over his choice of words. One Twitter user also called the comments “really demeaning”.

They also added, “Please reassess your wording/thought process. I appreciate you are (hopefully) trying to offer women musicians opportunities, but this should be standard, not a token gesture”.

John Giddings has since apologised for these comments. He also said that he was not using the term “lady rock”.

“I agree, it would be demeaning”, he admitted. “Apologies that it came out like that”.

Giddings had previously tweeted this.

any lady rock bands out there ?
we have one slot left to fill on the river stage @IsleOfWightFest '21

He the followed this up with a more gender inclusive tweet. He wrote that the festival wanted more “add more non-cis male acts to our line-up”.

we would like to add more non-cis male acts to our lineup, please send your suggestions for the river stage @IsleOfWightFest 21 cheers

Despite his unfortunate use of the English language, Giddings claimed that his request was successful in ways.

“After f*****g it up completely (again – so sorry) I am pleased to say that we have over 100 applications for the river stage slot @IsleOfWight 21,”, he wrote.

“We now need to listen to them and we will back shortly. Thank you!!”.

after f*****g it up completely ( again – so sorry.._)
i am pleased to sat that we have over 100 applications for the river stage slot @IsleOfWightFest 21 …we now need to listen to them ,and we will back shortly
thank you !!

Back in April, household names within the music industry have called for “urgent” and shared action to make festival line ups more gender inclusive.

“If you are an established festival, which is likely to sell out year on year, you should be making much more of a commitment to ensure the line-up is balanced”, said AMIGAS founder Laura Davidson.

She also added, “That means supporting up-and-coming artists to ensure they are getting the opportunities now, and will be playing the bigger slots and possibly headlining in years to come”.

The project manager for Kaychange Maxie Gedge also added, “More and more, if you don’t make these positive changes then you will get left behind”.

“Audiences aren’t just passive bodies of people, they’re dynamic. They care more and more about accountability and representation. If festivals don’t respond to that, then they will get left behind”.

John Giddings also reiterated that the festival would go ahead in September as planned. More on that here. A festival which is set to see Duran Duran and Liam Gallagher headline along with Snow Patrol.