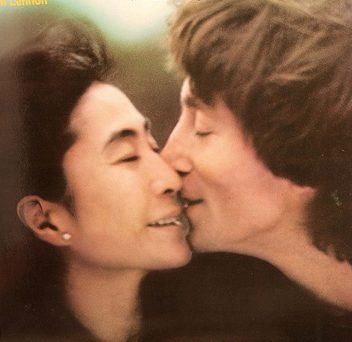 Paul McCartney and John Lennon are probably the most synonymous musical duo to ever record together, however there is one man who thinks he has a similar ‘angst’ to the late Beatle.

Kanye West spoke about recently working with Macca in the studio and the rapper said he brought yin to Paul’s yang energy.

If your asking yourself, where does this guy get the nerve to put himself anywhere near John Lennon? Amazing Kanye managed to keep his ego in check this time, preempting the obvious backlash by stating, “Hey, everyone, America, I’m not comparing myself to John Lennon.”

When reports began to surface about the collaboration between Paul McCartney and Kanye West, fans thought it was an elaborate internet prank.

During a Twitter Q&A last October, The Beatles singer admitted to be being a rap fan. He revealed that his most recent purchases were Jay Z and Kanye West.

So Macca and Yeezy headed to the studio to record two songs ‘Only One’ and ‘FourFiveSeconds’.

In an interview with Ryan Seacrest, via Rolling Stone, Mr West said: “We just went in and we vibed out. As you can see, I might be a little bit more ‘angst’ than Paul. And remember the last time when Paul had somebody really ‘angst’ working with him, the type of music they made?”

Kanye continued: “Hey, everyone, America, I’m not comparing myself to John Lennon. I’m just saying I’m ‘angst’ a bit like John Lennon. And the tension, the ‘salt and pepper’. I mean, maybe that’s bad because it sounds like ‘black and white’, but the tension creates a new magic. The pressure creates the diamond from the coal. And he came in with the best vibes ever. And I said, ‘Four, five seconds from wildin’,’ and he said, ‘It’s great, everyone.’ And we just had that.”

The Rock Hall OF Fame Nominees Have Been Revealed

Bez From Happy Mondays Is Launching A Political Career