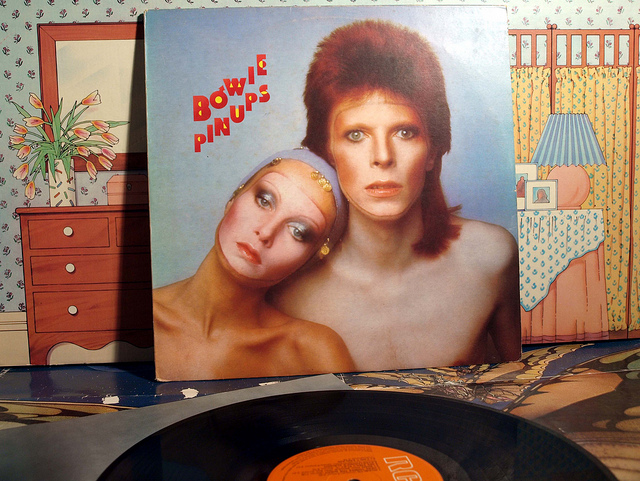 David Bowie premieres his new single titled ‘Tis A Pity She Was A Whore’, taken from his upcoming compilation album.

The new track is the b-side to his first song ‘Sue (Or In Season Of Crime)’, they’re included on a new greatest hits collection called Nothing Has Changed.

The tune was unveiled this morning on on BBC Radio 6. Bowie describes the single as “If Vorticists wrote Rock Music it might have sounded like this.”

Nothing Has Changed takes its name from a lyric on ‘Sunday’ from the 2002 record Heathen. The new single was recorded by long-time collaborator Tony Visconti.

The compilation is due out in November and spans fifty years of Bowie’s material from 1964-2014, including rarities such as ‘Your Turn To Drive’ and the 2001 version of ‘Shadow Man’ and James Murphy’s ‘Hello Steve Reich Mix’ of ‘Love Is Lost’.

The greatest hits will also include, the previously unreleased ‘Let Me Sleep Beside You’ from the Toy album sessions, his first ever single ‘Liza Jane’, as well as the classics ‘Ziggy Stardust’ and ‘Life On Mars?’

Listen to the new single below.

Nothing Has Changed is due out this week in Ireland on Friday November 14th.