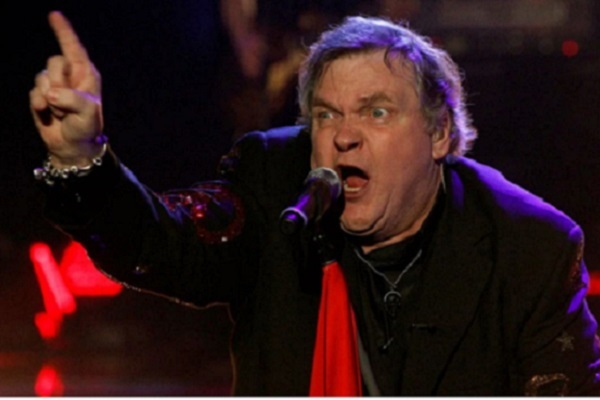 The wife of late US singer Meat Loaf has paid tribute to her husband on the one year anniversary of his death.

In a career which spanned six decades, Meat Loaf released 12 studio albums, including 1977’s ‘Bat Outta Hell’ which also formed part of a trilogy with ‘Bat Out Of Hell II: Back Into Hell’ arriving in 1993 and 2006 seeing the release of ‘Bat Out Of Hell III: The Monster Is Loose’.

In fact following his death, Meat Loaf’s back catalogue re-entered the charts. More on this here.

Meat Loaf also starred in a myriad of well renowned movies, including The Rocky Horror Show and Fight Club. The latter also saw the late singer star alongside Edward Norton and Brad Pitt.

“joined at the hip”

Meat Loaf passed away with his wife Deborah and their daughters Amanda and Pearl by his side.

Paying a moving tribute to her late husband, Deborah shared this heartwarming statement via social media.

“Today is an especially sombre day for us all as we acknowledge the passing of my husband on January 20, 2022. I hope you don’t mind, but I put together a few words to express my sorrow and I am humbled to share them with you”, she wrote.

“Oh, how I miss you and wish I could rewind the clock and have you back beside me. Not a day goes by that I’m not thinking of you. No doubt there’s a huge piece of me missing and that’s because you were such an integral and influential part of my life”.

“You could almost say we were joined at the hip because we shared so much together. Heck, you even enjoyed our grocery runs. It was especially hard getting you out of Costco though. You were like a kid in a candy store.

“I am truly blessed to have shared 20 years with you, a life-long gift. I will always love you from the bottom of my heart!”.

See the statement in full below.

Today marks one year since the passing of Meat Loaf.

Bat Out Of Hell is, and always will be, a celebration of you and your rock'n'roll legacy.

‘Bat Out Of Hell’ was later made into a musical, celebrating Meat Loaf’s best loved hits.

Their official social media account also added, “Today marks one year since the passing of Meat Loaf. Bat Out Of Hell is, and always will be, a celebration of you and your rock’n’roll legacy”.

“The beat is your’s forever”.