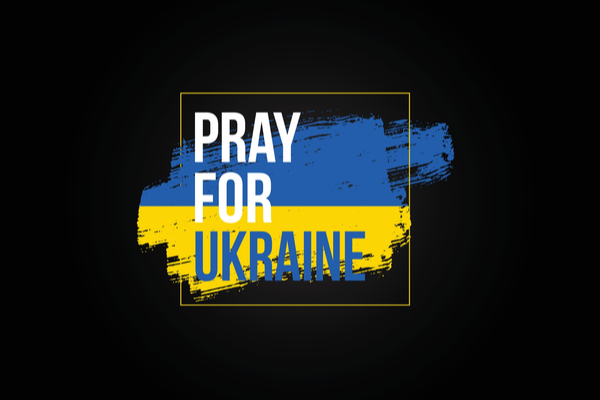 Last week, Russia invaded Ukraine at the orders of president Vladimir Putin, which has subsequently forced thousands of people to flee to the country’s borders.

Like most major events, people have taken to social media to give their reactions. Rock stars are no different.

Household names including Green Day, Stevie Nicks, Brian May, Dee Snider and Pearl Jam have also taken time to vent their feelings towards the conflict.

“peace for you dear friends” – Rockers React To Russia Invasion

Taking to social media, Queen’s Brian May has shared a photo from the band’s live performance in 2008 in Kiev, Ukraine.

“It seems unbelievable that the peaceful life of Ukraine could be so senselessly shattered in the 21st century. And it feels unbearable that the world could just watch and let it happen”, May wrote.“We are all praying for peace for you, dear friends”.

Twisted Sister’s Dee Snider also added that he “absolutely” supported Ukraine’s use of their track “We’re Not Gonna Take It” as their battlecry against Russia.

He wrote, “My grandfather was Ukrainian, before it was swallowed up by the USSR after WW2. This can’t happen to these people again!”.

I absolutely approve of Ukrainians using "We're Not Gonna Take It" as their battlecry. My grandfather was Ukrainian, before it was swallowed up by the USSR after WW2. This can't happen to these people again! #FUCKRUSSIA

“At 4am this morning, me and a friend sent a message to a lady in Ukraine who sent us a beautiful hand-painted box~ to thank her again and check up on her after watching the news all night ~ she immediately wrote back that she was home and still fine..” she wrote on this Russia conflict.

“At 4:45am she wrote us back that she was now~ ‘just trying to escape’; that changed everything,” Nicks added. “Now I know someone, an innocent person, who is having her freedom taken from her. I have been crying ever since”.

“This is Hitler coming back to haunt us. In one evening ~ until now, an entire sovereign country has been full-on ~ invaded. How dare he”.

Elsewhere, Green Day also cancelled their upcoming gig in Moscow in May in light of this Russia Ukraine conflict. More on this here.

See other reactions below.

We must be capable of resolving conflicts without bloodshed.

Join us in supporting the most vulnerable victims of this horror, the kids: https://t.co/qKDuJgwxAJ

Good Morning, All…Hoping To Find YOU & YOURS Safe & Well, Wherever You Are …My Thoughts & Prayers Are Truly With The Brave, Courageous, STRONG People Of Ukraine…With All My Heart & Soul I Pray For This War To Stop…NOW!!!…🇺🇦🇺🇦🇺🇦❤️‍🔥❤️‍🔥❤️‍🔥❌❌❌🙏🙏🙏❌❌❌❤️‍🔥❤️‍🔥❤️‍🔥🇺🇦🇺🇦🇺🇦 pic.twitter.com/QC42Fv1KpW

While we are living our everyday blessed lives, the people of Ukraine are fighting for theirs against overwhelming odds.We are watching in real time as families are decimated and a country is battered. There's a dark cloud over us all who are powerless today to help. I will pray. pic.twitter.com/btJJLEGa8E